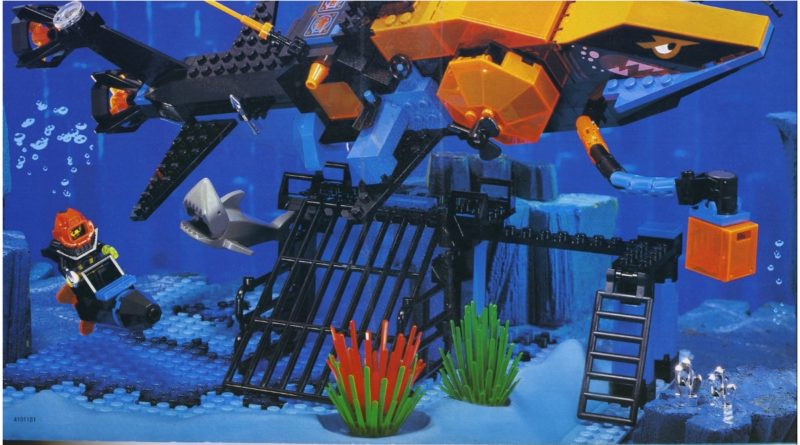 A new book has just been published about the LEGO washing up on our beaches, highlighting the dark side of LEGO’s incredible longevity.

Plastic pollution is an ongoing problem both within and without the world’s oceans, and back in 1997 LEGO sets made an unfortunate contribution. A cargo ship called the Tokio Express, bound for New York, encountered stormy weather near Land’s End – a region of western Cornwall. The weather caused more than 60 of its containers to fall overboard; aboard one of these containers was more than five million LEGO bricks.

In an ironic twist, many of these were nautically-themed. Flippers, scuba tanks and octopi were amongst the elements that fell into the ocean.

As these elements washed up on Devon and Cornwall beaches, they inspired a scavenger hunt amongst local residents; reportedly, black octopus elements were the most sought after. Tracey Williams – writer of the aforementioned book – found her first LEGO piece here in 1997. 18 years later, the LEGO bricks were still washing ashore in the area, in various stages of erosion.

While it’s easy for us to see this as just a quirky news story, it also highlights the ongoing issue of plastic pollution. Plastic is (for better or worse) a remarkably resilient material, and hangs around for a lot longer than we typically need it to. And unlike other materials plastic doesn’t break down; it only breaks up, resulting in microplastics finding their way into every facet of our lives. As the Lego Lost At Sea Twitter account makes clear, LEGO’s resilience is a clear reminder of this state of affairs.

To its credit, the LEGO Group has been making more environmentally-friendly moves over the last few years. In addition to measures like reducing box sizes, the company has unveiled a LEGO element made from recycled plastic. It’s also been working to reduce plastic levels in its sets, replacing their plastic bags with paper ones.

But, obviously, that doesn’t get rid of the plastic that’s already out there. And if Tracey Williams is to be believed, that’s something we’re going to be dealing with for a while to come. Her book, Adrift: The Curious Tale of the Lego Lost at Sea, is available for purchase now from most booksellers.