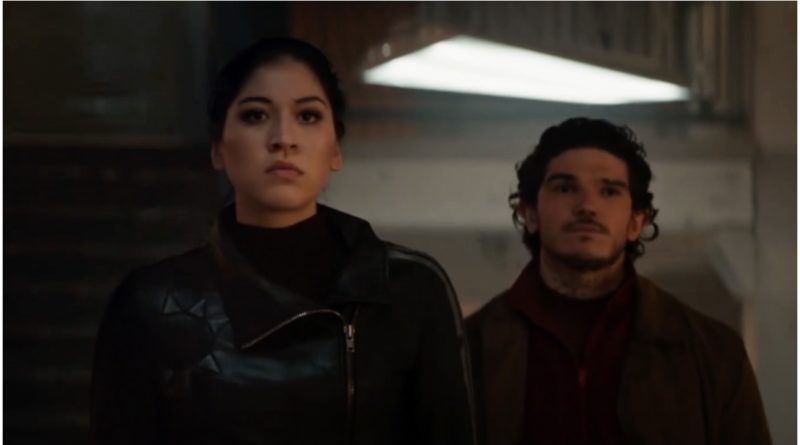 The limited series, starring Jeremy Renner, isn’t the first MCU content to be set at Christmas – that honour goes to Iron Man 3. However, this one seems to lean into the yuletide aspect a little more, with the wit, action and comics references we’ve come to expect. Some inspiration seems to have been drawn from Matt Fraction’s Hawkeye series. Launched in 2012, the series took a more naturalistic approach and drew wide praise from comics fans.

But what does this mean for LEGO fans? Well, the new trailer is just a minute long, but it does give us a better look at Echo. She’s a deaf Native American character who can (apparently) duplicate other people’s movements. A bit like Taskmaster, then, who appeared in the standalone Black Widow movie recently.

She’s also due to appear in her own Disney+ show, according to Variety. With other Disney+ shows inspiring Collectible Minifigures and standalone sets, it’s to be hoped Echo gets a minifigure too. More interestingly, Echo is frequently associated with characters such as Daredevil and the Kingpin. These have long been absent from LEGO Marvel sets (though Daredevil did pop up in 76178 Daily Bugle) so there’s some exciting potential for LEGO Marvel fans.

For now, there’s Hawkeye successor Kate Bishop to learn about – and we’ll see more in the Disney+ series. It debuts on November 24 and features six episodes.

In the meantime, help us stay on target by purchasing your LEGO through our affiliate links.