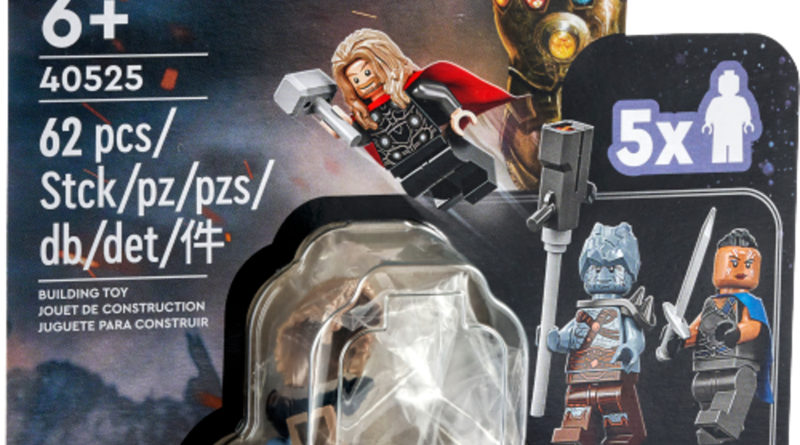 This model was unveiled earlier in the month on the official online store, though a picture of the box art has appeared on the instructions database, confirming that the LEGO Group considers Miek to be a minifigure in the set.

The box art matches the appearance of other minifigure packs with a large plastic shape of a minifigure holding the pieces and the rest being a cardboard base to showcase the contents. To the side, a shot of all the minifigures and models included in 40525 Endgame Battle is featured.

In the background, the debris-filled battleground of the ruined Avengers Campus from Avengers: Endgame can be seen as Thor flies above it. 40525 Endgame Battle will be available from April 1, alongside the three delayed LEGO Marvel mechs and two superhero Brick Sketches.

Thor is getting plenty of attention from the LEGO Group in 2022 with the recent release of 76209 Thor’s Hammer, the upcoming launch of 76208 The Goat Boat and another set based on Thor: Love and Thunder.