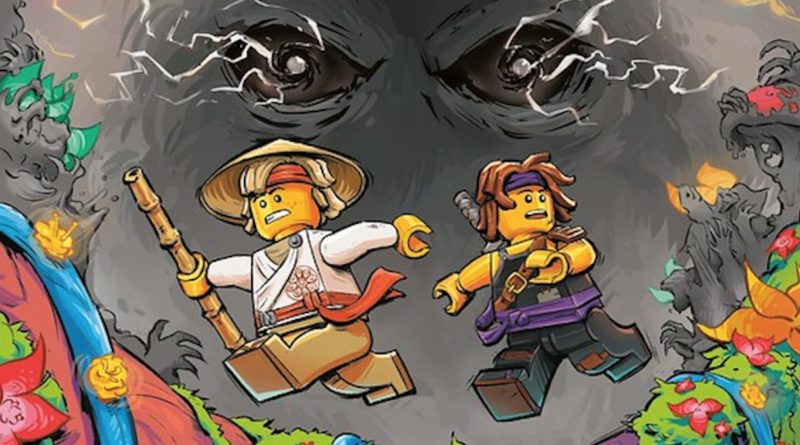 The cover of the fourth upcoming LEGO NINJAGO Spinjitzu Brothers book, The Chroma’s Clutches, has now been revealed.

The new LEGO NINJAGO Spinjitzu Brothers series of books has already seen two recent releases, with both The Curse of the Cat-Eye Jewel and The Lair of Tanabrax currently available. In addition, a third title, The Maze of the Sphinx, is due out on May 3 and will continue the adventures of young Wu and Garmadon.

Publisher Random House has now revealed that a fourth book is on its way later in the year, with The Chroma’s Clutches set for release on September 6. The next chapter in the illustrated series finds the two brothers transported inside life-like paintings that have been sealed off from the real world by powerful magic to prevent the evil entity from escaping.

As in the previous titles in the series, the brothers travel the land, facing epic tests and attempting to gain the skills they need to become true legends of Spinjitzu. The only way for Wu and Garmadon to triumph over adversity is for them to overcome their differences and work together in order to make it back to their temple in one piece.

It’s certainly an exciting time to be a LEGO NINJAGO fan, with the recent Spinjitzu Brothers book releases, the Garmadon comic book series, the first poster for Season 15 and rumours of both new summer 2022 and 2023 sets on the way.