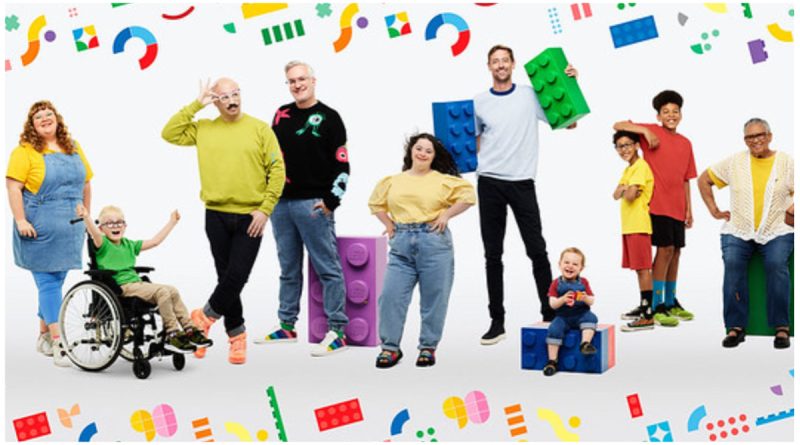 The LEGO Group are going all out with their 90th anniversary celebrations, with nostalgia-fuelled sets, videos from celebrities talking about what LEGO means to them, and competitions. Lots of competitions. Now they’re about to unveil a series of portraits by photographer-to-the-stars, Rankin, of LEGO fans aged one to 90. They include famous names, such as model Ellie Goldstein and ex-England international, Peter Crouch, LEGO designers Amy Corbett and Matthew Ashton, and plenty of people from the LEGO fan community.

Photographer Rankin, better known for images of household names like David Bowie, the Spice Girls and her Majesty the Queen, said “I’ve captured some playful photography in my time, but this campaign has been a truly special one to be involved in.” He went on to say “There aren’t many brands who have stood the test of 90 years, have fans across all ages and which still manages to excite and inspire people across the world to be creative every day.”

Peter Crouch, meanwhile, revealed that while he would build football related models as a youngster, his children have other interests. “Lego play has always been in my life. From a young age I’d build football stadiums – little goals, bricks to make the lines around the edge of the pitch and mini-figures as players for the match.”

But, he confessed, his children were less interested in the beautiful game. “Now, as a dad of four, Lego building is firmly back in my life and everywhere in our house. My kids love to build – it’s something they’ve all been into at one point or another. Lego Ninjago is very popular in our house, some of the things the kids build are so intricate, it really amazes me how it captures their attention. I try to get involved but they normally send me away – I’m definitely better with my feet than my hands.”