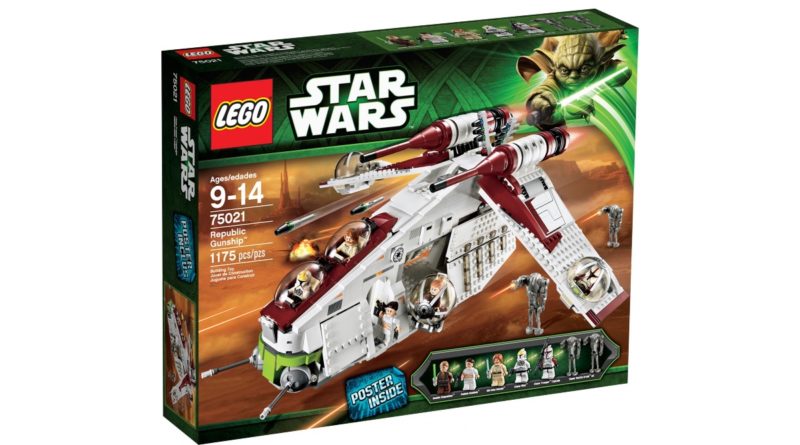 The latest list of rumoured LEGO Star Wars sets for the rest of 2022 suggests Attack of the Clones builds will be thin on the ground – and that means no new Republic Gunship.

When the first list of product numbers, prices and potential set names for the second half of the year emerged, there were a few gaps that had us dreaming of an entire wave of anniversary sets for Star Wars: Attack of the Clones, which turns two decades old this year. The latest list reshuffles some of those rumoured products around, and fills in those gaps – but not with Episode II sets.

Instead, StoneWars reports that two of the three remaining slots will belong to sets based on the upcoming Star Wars: Obi-Wan Kenobi series on Disney+, while the third may be attached to Rogue One prequel series Andor. That means our hopes of a minifigure-scale Republic Gunship and updated Jango Fett’s Slave I have likely been dashed – at least for now.

Of course, there were never any concrete rumours around new versions of those sets coming along this year, but history tells us that where there’s a minifigure-scale AT-TE, there’s also a Republic Gunship – the LEGO Group has always released one with the other, at least where Episode II and The Clone Wars are concerned. It now sounds like that template will be smashed this summer, however.

That’s because StoneWars has reaffirmed earlier reports of a brand new AT-TE walker coming our way in August, only it’s now attached to product number 75337, with a price tag of $139.99. That’s above and beyond all previous AT-TEs, perhaps indicating that this will either represent a bump in size, or include ancillary builds like a Hailfire Droid.

The current line-up of LEGO Star Wars sets for the rest of 2022 doesn’t leave room for a new Republic Gunship to launch alongside it, though – nor an Episode II Slave I (or Jango Fett’s Starship, as it’s probably now known) to accompany the rumoured 75333 Jedi Starfighter. While that’s disappointing news for prequel trilogy fans, it does make sense in the broader context of the LEGO Star Wars theme.

The strategy for the LEGO Group’s original licensed theme over the past few years has been clear: a wide variety of sets that draw from all corners of the Star Wars universe, from the original trilogy and prequel trilogy to live-action and animated TV shows. (Nobody mention the sequel trilogy.) An entire wave of Attack of the Clones sets arriving this summer would represent a real heel turn from that approach, so was never that likely to be on the cards.

Besides, rumours say we’re still getting at least two Episode II sets in 75333 Jedi Starfighter and 75337 AT-TE – the former of which is said to include our first Kaminoan minifigure – joining January’s 40558 Clone Trooper Command Station. But they do all feel a bit lonely without a Republic Gunship and Slave I, and while those vehicles are currently available in other forms, they don’t quite fit in with the rest.

It’s worth remembering that rumours are only that, and shouldn’t be taken as gospel until confirmed by the LEGO Group, so we could yet see more Star Wars: Attack of the Clones sets land on shelves this summer. But for now, don’t get your hopes up.