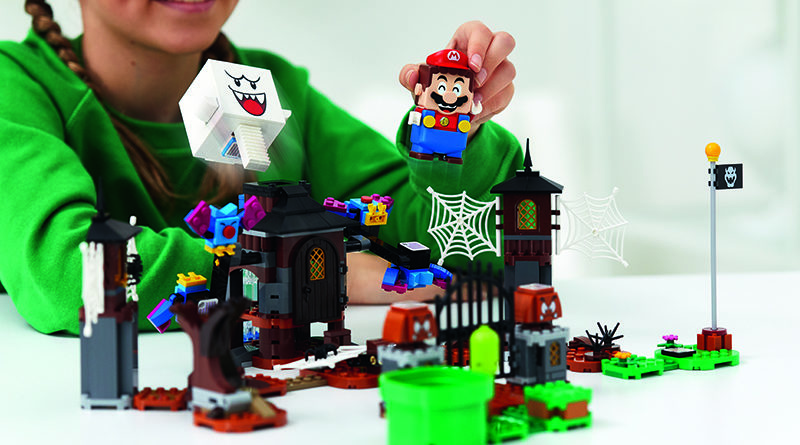 Everything in the LEGO Super Mario theme is centred around 71360 Adventures with Mario Starter Course. That set provides the entry point to the game, containing Mario himself along with the start and finish spaces.

For a look at that set in the round, Brick Fanatics has published a full review. But the gameplay itself is worthy of more attention, as it is absolutely vital to the theme. The sets do not build impressive models, they built simple, stylised Mario levels for the interactive figure to play through.

Physical levels must always include the start and finish sections from 71360 Adventures with Mario Starter Course – but they can have anything built in between. That means that any number of Expansion Sets and even other LEGO pieces can be combined, mixed and matched for the ultimate course.

To begin a game, Mario should be hopped into the pipe with the start space. He’ll react with delight and a 60 second timer will start counting down – now, players must collect as many coins as possible before the time runs out, aiming to hop him on the finish space as close to the time running out as possible.

Mario earns points for walking on LEGO bricks. Thanks to a sensor located at the bottom of the figure, he can sense the LEGO red, yellow, blue and green colours. As he walks on yellow, blue or green bricks, the plumber earns coins. The sound he makes as he walks also changes based on the terrain. He can’t walk on red without getting hot and ultimately dying, as it represents lava.

When Mario encounters an enemy, such as Goomba, he should jump on them. As he scans the unique code, he’ll defeat them – simple enemies take one bounce, some take five bounces. Although only one coin pops up on his chest, the number of coins is based on the number of bounces required. He has to first knock bipedal enemies over in order to bounce on their backs.

Friends are not greeted so aggressively, with Mario gaining points for simply walking up to them and saying “hello”, achieved by bouncing on the relevant space close to them.

Yellow spaces with codes usually indicate balancing challenges. These vary from bridges, which Mario must carefully be slid across, through spinning platforms, to seesaws like the one found in 71365 Piranha Plant Power Slide Expansion Set. They are really tricky, as the game is against the clock, yet patience and a steady hand are required. The more Mario succeeds, the more coins he accrues, but if he falls then his eyes go wild as he is briefly stunned.

When not ‘walking’ him along the two wide plates that connect the sections, Mario is ‘jumped’ from platform to platform. There is obviously no real skill required, as there is when timing jumps in the game.

Another way of getting him from place to place is flying tiles, such as the cloud included in 71360 Adventures with Mario Starter Course. Clip Mario onto that, then whiz him around in the air and he will start accumulating coins.

Every now and again there are levers to jump on – these may knock over a tower where an enemy is sitting or they may reveal a treasure box. In 71368 Toad’s Treasure Hunt Expansion Set, Mario can earn a nice bonus by bouncing on all three numbered boxes.

The Question Mark box offers one of four bonuses – Super power, 10 coins, five coins or extra time. There is also a dedicated extra time box to bounce on, which is necessary when completing time consuming challenges.

To conclude a game, Mario must jump on the end space – and there is a coin bonus for those who manage to do so just at the last second. The game will work without the app being open, but if the app is open and Mario is connected, it will provide a breakdown of the player’s score, revealing what they got different coin amounts for.

The more Expansion Sets that fans own, the more different tracks they can put together – of course there is also the option of delving into their existing LEGO brick stash and building custom levels that way too.

LEGO Super Mario sets will be available from August 1 at LEGO.com. You can help support Brick Fanatics’ work by using our affiliate links. 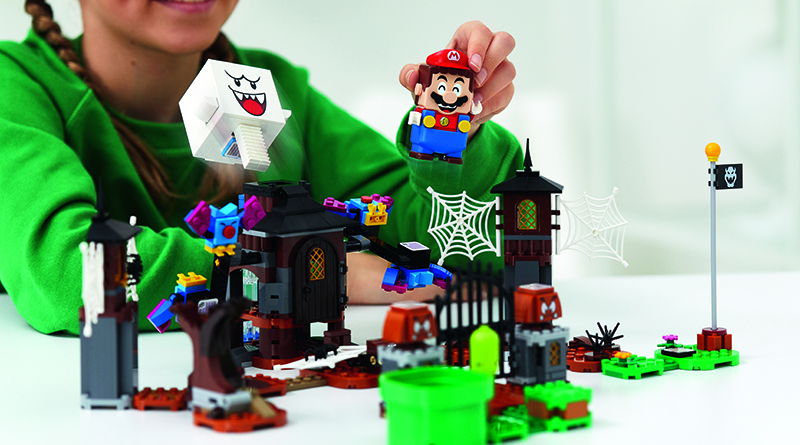