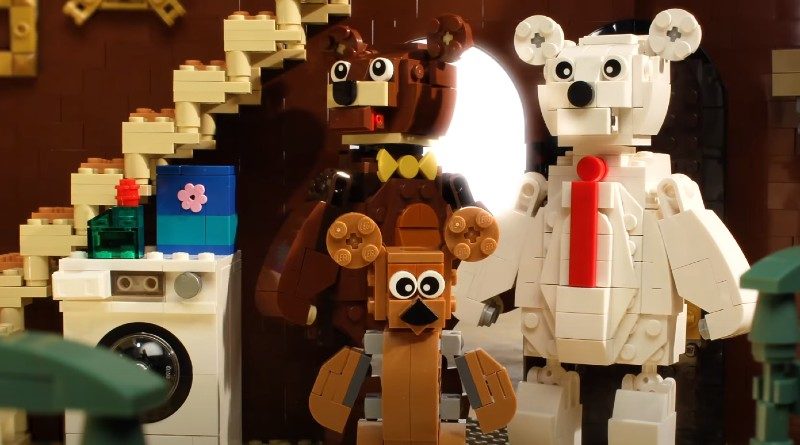 The third video in the LEGO Group’s new series of rebuilding fairy tales has been released and compared to the others, this one is just right.

Previous entries into the collection of stop-motion Rebuild the World brickfilms include one for Hansel and Gretel and another for Little Red Riding Hood. Each one reimagines the classic story with a modern and LEGO twist. In this episode, the titular three bears are all members of the neighbourhood watch and actively hunt Goldilocks who trespasses into the forest.

You can watch the full video for yourself below and you’ll only need a few minutes to spare. Each instalment appears to be dropping every other Friday so we’ll just have to see how many more are left.

The builds in the twisted LEGO fairy tales continue to impress with this episode demonstrating some furniture models at non-minifigure scale, not that Goldilocks minds though. The video provides a good example of what stop-motion animation can be done with brick-built figures as opposed to minifigures.

It’s also worth noting that the two older bears are a same-sex couple, making for some more LGBTQIA+ representation following the announcement of 40516 Everyone is Awesome. You can read more on the LEGO Group’s new and diverse set here.

The Rebuild the World campaign shows no signs of stopping with these videos and the recent announcement of a new Snapchat lens that allows multiple users to build a model together.