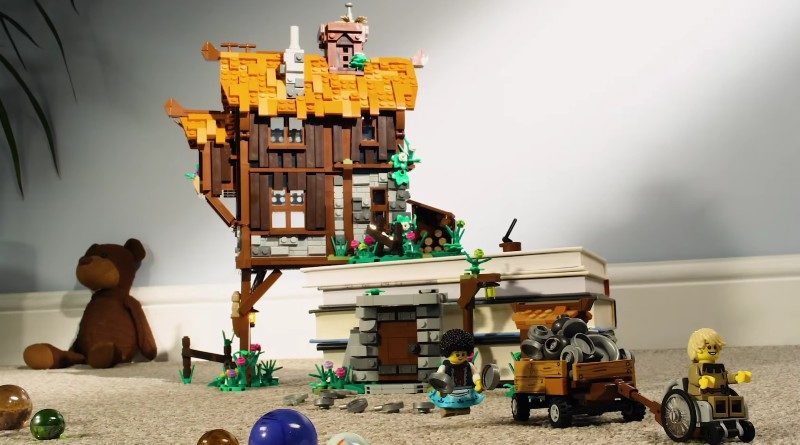 As part of the ongoing Rebuild the World campaign, the LEGO Group has reimagined another classic fairy tale with a number of brick-built twists.

Following the rebuilding of Little Red Riding Hood, a new video has given the same treatment to the iconic sibling pair of Hansel and Gretel.

The short, which has been posted on YouTube blends stop motion LEGO animation with objects from the real world, evoking the sense that a child is twisting the story themselves from the comfort of their bedroom.

The creations featured in the video are interesting to see, with some taken straight from official sets such as 21315 Pop-Up Book – minus the new design applied to the cover. On the other hand, others are wholly new and made just for the campaign – such as Hansel and Gretel’s house.

This is the second in what seems to be a series of rebuilt fairy tales. We’ll have to see which classic story is chosen next for this treatment but some such as the Three Little Pigs would be a great fit.

The LEGO Group’s official YouTube channel has plenty of other content to dig into as well as these fairy tales, such as a new NINJAGO short that also reimagines the longer series into a condensed clip.