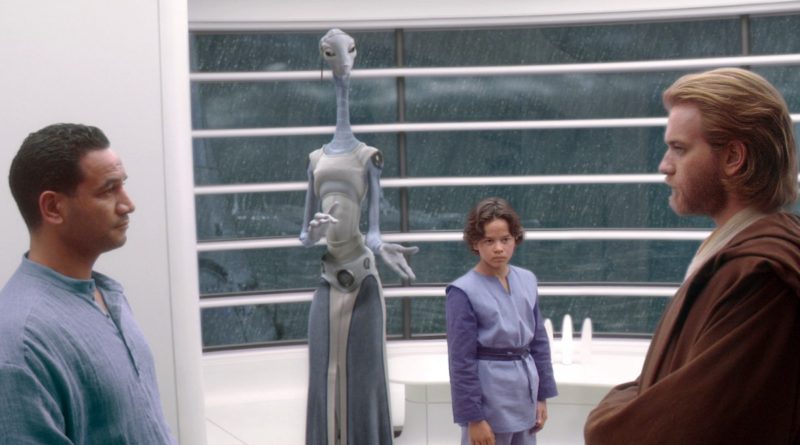 This summer’s LEGO Star Wars line-up is rumoured to include the first-ever Kaminoan minifigure – but could it also be the theme’s first-ever mini-doll?

Among the latest list of LEGO Star Wars sets reportedly arriving in August is 75333 Jedi Starfighter, which is expected to be based on Obi-Wan’s Delta-7 Aethersprite-class light interceptor from Attack of the Clones. The second Star Wars prequel trilogy movie celebrates its 20th anniversary this year, and it sounds like the LEGO Group will be acknowledging that milestone with at least two sets.

More intriguingly, though, Promobricks claims that the new Jedi Starfighter set will include Taun We, a character who first appeared on screens 20 years ago – and has yet to receive any representation in LEGO bricks. But while it seems likely that the LEGO Group will simply bring us a minifigure that resembles those in the LEGO Star Wars video games, there is another option.

Instagram user legohio claims that the Kaminoan is rumoured to be the first LEGO Star Wars character to use the mini-doll body, which originally debuted with LEGO Friends in 2012 and has since spread to themes including Disney and The LEGO Movie 2. While that suggestion doesn’t appear to be corroborated by any other sources, it also doesn’t seem beyond the scope of reality.

That’s largely thanks to legohio’s imaginative mock-up of what a Taun We mini-doll could look like, especially given how well the proportions match the original character. The elongated neck would obviously require a dedicated mould – as it would with any regular minifigure – but the shape of the head and the long, slender arms feel particularly fitting for Taun We.

Of course, if the LEGO Group does choose to go down this route, the sudden shift in format could prove controversial for veteran LEGO Star Wars minifigure collectors. But it might also speak to the versatility and adaptability of not only the company’s parts library, but also the LEGO Star Wars design team.

For now, take all mention of a Taun We minifigure with a grain of salt, and assume for the time being that it probably wouldn’t be a mini-doll anyway – if only because that particular rumour hasn’t come from a reliable source. But you never know…