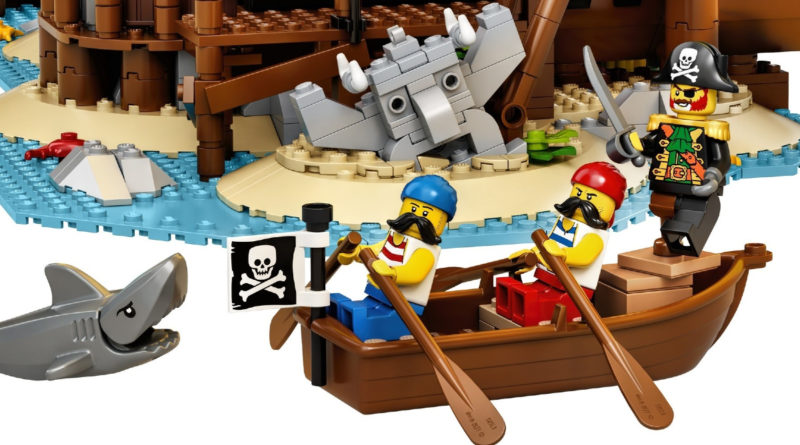 LEGO Ideas has been home to some of the most unique sets in the vast brick-based catalogue, with some standout minifigures that have helped shape the theme too.

From returning LEGO icons to licensed characters that have yet to appear outside of their debut set, the fan-inspired theme of LEGO Ideas features characters great and small.

With plenty more projects on the horizon (Including Home Alone, Sonic Mania and their respective characters) let’s take a look back at six of the best minifigures from the past 10 years of LEGO Ideas.

As the first licensed minifigure in LEGO Ideas (or CUUSOO as it was named in 2013), Marty McFly and Doc Brown’s plastic versions depicted the classic pair from the Back to the Future franchise, complete with accessories and a time-travelling Delorean.

With new torso and head prints, these characters would eventually be re-released as part of LEGO Dimensions, with minor changes, but this pair of older LEGO Ideas minifigures paved the way for what would be a long road of licensed minifigures.

Pete and Yve are a pair of classic LEGO astronauts that debuted in the new green uniform as part of 21109 Exo-suit. These LEGO Ideas minifigures would be the first pair in the theme to reference back to the original designer of the set.

As seen in 21326 Winnie the Pooh, the LEGO Ideas team is no stranger to including Easter eggs for the initial project submissions and submitters as part of the official and final model. The 2014 build helped begin that trend as the minifigure pair are direct recreations of fan designer Peter Reid and his at-the-time fiancé Yvonne Doyle.

Few minifigures have approached scale in the same way as the giant from 21315 Pop-Up Book, depicting the cloud-dwelling character from Jack and the Beanstalk as one of two stories on display in the set.

Whilst this minifigure does not posit itself as a massive character like Marvel’s Giant man in 76051 Super Hero Airport Battle, it instead opts to include smaller details on its torso, such as miniature barrels and even a goose nestled within a pocket. Combined with the microfigure to stand on the brick-built landscape, it makes for a convincing giant minifigure on a scale unseen in other LEGO sets.

Introduced in 21317 Steamboat Willie and releasing just a few months before a more common version of the black and white minifigure in the second series of Disney Collectable Minifigures, Mickey Mouse made an uncommon and uncoloured appearance in the theme.

Joined by his partner, Minnie Mouse, the monochromatic duo remain exclusive to 21317 Steamboat Willie thanks to their recoloured minifigures and embraced the iconic classic cartoon visage that inspired the original LEGO Ideas project, rejecting all colour for a simple blend of black, white and grey, making it a rarity among minifigures for the unique style.

As the second return to a classic theme as part of LEGO Ideas, Captain Redbeard’s modern-day debut in 21322 Pirates of Barracuda Bay brought back the swashbuckling sailors from the LEGO Group’s past, continuing their story in a shipwreck set.

The success of 21322 Pirates of Barracuda Bay is certain, with the model still proving to be in demand a full year after launch. That’s likely in part due to the recreation of recognisable minifigures such as the Captain, Quartermaster Riggings and more. Those wanting to revisit this nostalgic LEGO theme might want to act quickly though, as the Ideas build is due to retire this year according to Brick Fanatics’ sources.

21324 123 Sesame Street not only has arguably one of the most tongue-twisting set names of any official model, but it was also the first to introduce dedicated new minifigure elements as part of the LEGO Ideas theme, not including accessories such as the sonic screwdriver in 21304 Doctor Who.

The five new bricks each depict the specific citizens of Sesame Street from Elmo to Big Bird. This piece premiere helped lay the groundwork for future characters that have benefited from fresh elements, such as the minifigures in 21326 Winnie the Pooh and possibly more in upcoming sets.