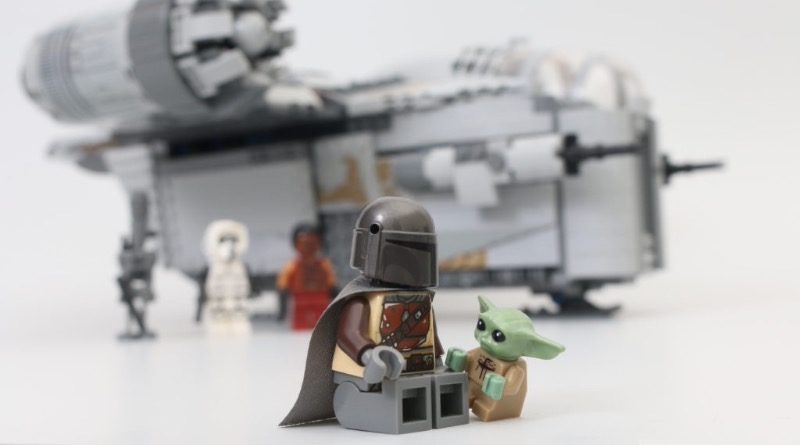 Some models from a galaxy far, far away are due to retire soon, but with May the Fourth there’s never been a better time to get these LEGO Star Wars sets.

Whether you’re wanting to complete the Star Wars Helmet Collection or have just had your eye on some of the older builds amongst the theme, this might be your best chance to get them as the LEGO Group is hosting a double VIP points event for Star Wars day.

Here are six sets that you should prioritise during the May the Fourth, with free sets even up for grabs on purchases both big and small.

Make sure you always have the high ground before 75269 Duel on Mustafar retires and recreate the climactic, fiery duel between Obi-Wan Kenobi and Anakin Skywalker. As outlined in our review, with updated minifigures of both Jedi characters, there’s a lot to look forward to in this set.

At the time of writing, the model remains sold out at LEGO.com. Hopefully, it can make a return in time for May the Fourth as it’s halfway to getting you a free Imperial Shuttle polybag in LEGO Stores.

Let’s continue to explore the planet of Mustafar in the second entry on this list with 75251 Darth Vader’s Castle. This set portrays the Sith Lord’s menacing abode with a steep black spire and a lava river running throughout the landscape.

A miniature version of his personal TIE fighter is also included, with hanger space for it included too. You might even spot a couple of Easter Eggs including a shrine with a Sith holocron.

Two members of the LEGO Star Wars Helmet Collection will be retiring by the end of the year, meaning this is one of your last chances to pick them up, and maybe even pick up the two new additions while you do.

75276 Stormtrooper Helmet was part of the original trio when the sci-fi brick-built armour was first announced and replicates the iconic headwear of the Empire’s soldiers. Such a set might pair well with the new 75304 Darth Vader Helmet, and of course 75305 Scout Trooper Helmet.

With the launch of 75308 R2-D2, why not build a droid buddy for the loveable astromech. 75278 D-O portrays the latest robotic ally from the Star Wars franchise, first seen in The Rise of Skywalker.

This is another model that has been sold out at the official online store for some time and is set to retire by the end of July, so if you do manage to see more stock of the set in store or online, it might be wise to grab it while you can.

Time is running out to have your own LEGO adventures with The Mandalorian and The Child aboard their recognisable ship. 75292 The Mandalorian Bounty Hunter Transport is set to retire at the end of this year and has frequently faced stock issues in the past.

With copies of this set remaining available on the official online store for some time now, it might be safe to assume that many are waiting for May the Fourth and its respective offers to pick it up, so you might not want to wait much longer if you have it on your wishlist.

The Ultimate Collectors Series of Star Wars sets has become an iconic part of the theme, with annual releases remaining fan-favourite additions year after year. But if you’ve been collecting them all so far, make sure you’ve grabbed 75275 A-wing Starfighter before it retires forever.

This UCS model is due to retire at the end of 2021, meaning that this might be one of your last and best chances to pick it up. Plus, with this being a larger build you’ll earn even more VIP points during the event, a total of 2,880 to be precise.