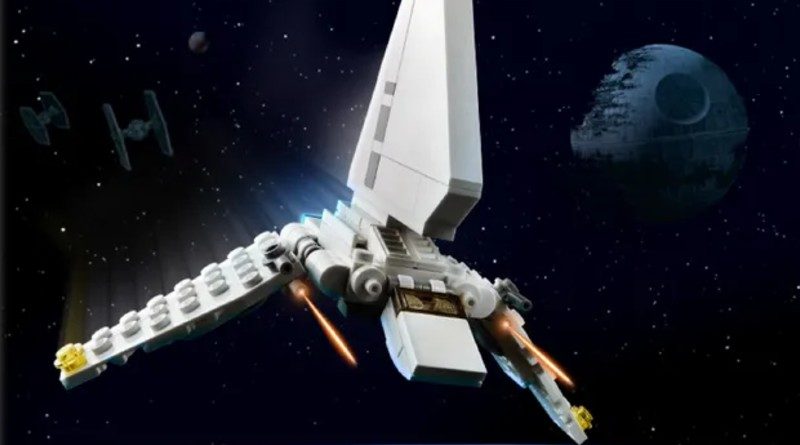 Heralding the arrival of the LEGO Group’s Star Wars Day offers will be a free Imperial shuttle Polybag, but only in physical LEGO Stores.

30388 Imperial Shuttle will finally be officially available early next month as LEGO retail locations are treated to an exclusive offer, just in time for the release of 75308 R2-D2.

The Star Wars polybag depicts a miniature version of the white spacecraft which transports the loyal servants of the Emperor around the galaxy, spreading the Empire’s reign.

You’ll be able to get the set with any LEGO Star Wars purchase of £40 / $40 / €40 when buying your annual May the Fourth sets from official LEGO Stores. That lower threshold means that you’ll be able to redeem the offer with sets big and smaller, such as 75304 Darth Vader Helmet.

Alternatively, you might want to pair the promotion with the other Star Wars Day offers such as the free 40451 Tatooine Homestead and even double VIP points.

You don’t have too long to wait until the event begins with this particular promotion lasting from May 1 to May 5, a timeframe which is shared amongst almost all the offers, apart from the VIP sweepstakes.