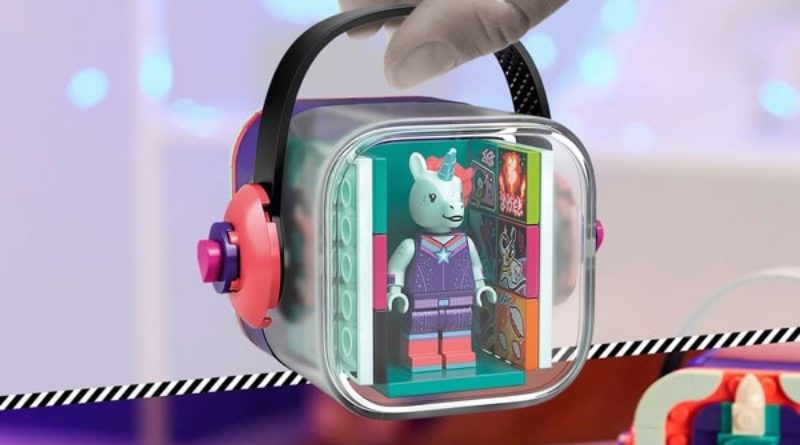 Smyths Toys has jumped the gun on the LEGO Group’s own LEGO VIDIYO launch by revealing the first wave of BeatBox sets.

The retailer has published official images of the six BeatBoxes, giving us our first look at 43103 Punk Pirate BeatBox, 43104 Alien DJ BeatBox and 43106 Unicorn DJ BeatBox. The other three sets, 43102 Candy Mermaid BeatBox, 43105 Party Llama BeatBox and 43107 HipHop Robot BeatBox, were found in a Meijer store in the US earlier this week.

Each LEGO VIDIYO BeatBox includes a colourful minifigure, 16 printed 2×2 tiles, a plastic ‘pod’ case, and a handful of LEGO elements to decorate it. They’re not cheap, though – Smyths currently has them listed for £17.99 apiece, while they’re expected to retail for €19.99 in Europe.

You can check out all the images of the LEGO VIDIYO BeatBoxes below:

LEGO VIDIYO has been created in conjunction with Universal Music Group, and will provide you with the tools to create your own LEGO music videos through both the sets and a corresponding app, which is set to launch on iOS and Android later today.

We don’t yet know when the LEGO Group will officially unveil the full LEGO VIDIYO range, but its plans may be changing now the sets are already out in the wild. They’re all due to launch on March 1, so we can’t be too far off an official reveal anyway…

For more on LEGO VIDIYO, check out our comprehensive guide to the LEGO Group’s new augmented-reality theme.