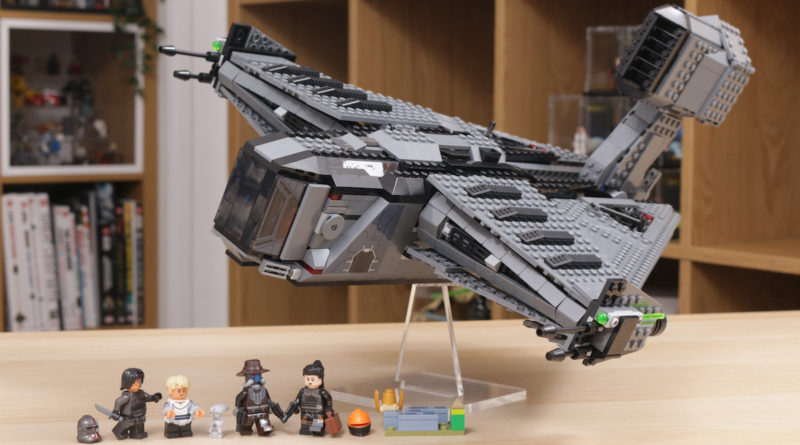 There’s a new John Lewis LEGO sale for members, which gives you a £30 discount when you spend £120 or more on LEGO – right before prices go up next week.

John Lewis has a whole host of new, exclusive and hard-to-find sets – some of which are already discounted – including from the LEGO Star Wars, Harry Potter and Ideas themes. If you hit exactly £120 on your spend, the £30 saving represents an extra discount of 25%. You need to enter code LEGO30 at checkout to claim the deal if the offer is available in the rewards section of your account. We’ve had some feedback that the code isn’t working for everyone, so hopefully it’s available in your rewards section.

There are a number of highlights you can pick up in this offer, which comes with perfect timing ahead of LEGO’s price increases on September 1. Chief among them is 75323 The Justifier. Available for £110, that 27% discount represents the best price we’ve seen yet for this new LEGO Star Wars set.

Click through this link to browse the full LEGO range at John Lewis now.

This could be your last chance to grab some of these sets at these prices before the increases come into effect next week. We’ve also seen a number of sets sell out at John Lewis in recent weeks ahead of the rises, so don’t hang around to secure your latest LEGO at these prices. If you aren’t a John Lewis member, it’s quick and easy to sign up to secure this deal using code LEGO30.

Thank you for supporting Brick Fanatics by purchasing your LEGO via our affiliate links.