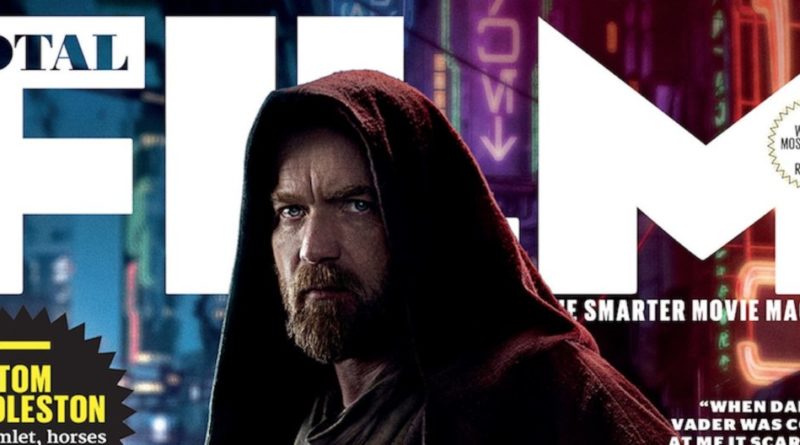 A number of new images have been revealed from the upcoming Star Wars: Obi-Wan Kenobi limited series streaming on Disney+ in May. (Spoilers)

As we get closer to the release of the next live-action Star Wars series, the marketing campaign for the show is starting to kick into high gear. So far we’ve seen Star Wars: Obi-Wan Kenobi concept artwork, a handful of images and a teaser for the series, but even more material is now beginning to appear.

The next issue of Total Film magazine will feature not one but two exclusive Star Wars: Obi-Wan Kenobi covers. On sale from April 28, the newsstand version includes Ewan McGregor’s brooding former Jedi Master standing against the backdrop of an as-yet-to-be-revealed neon-lit city. The subscriber edition will showcase Obi-Wan Kenobi’s iconic lightsaber, with both versions of the magazine including exclusive interviews with cast and crew.

In addition, a promotional banner image for Star Wars: Obi-Wan Kenobi has also appeared online, with striking artwork teasing a potential duel between the title character and his former apprentice turned Sith Lord, Anakin Skywalker/Darth Vader. Hayden Christensen will once again be donning Vader’s black armour, with rumours suggesting he may also appear in flashbacks as Anakin Skywalker.

Online retailer Wagner’s had listed eight rumoured upcoming LEGO Star Wars sets, with at least three of those potentially tying directly into the Disney+ series, although they now appear to have been taken down. 75333 Obi-Wan Spaceship, 75334 Obi-Wan Darth Vader and 75336 Spaceship from Kenobi recently appeared on the retailer’s site, with details of potential prices and piece counts, but no images so far.

Star Wars: Obi-Wan Kenobi will start streaming exclusively on Disney+ from May 27, with the first two episodes dropping on the same day.