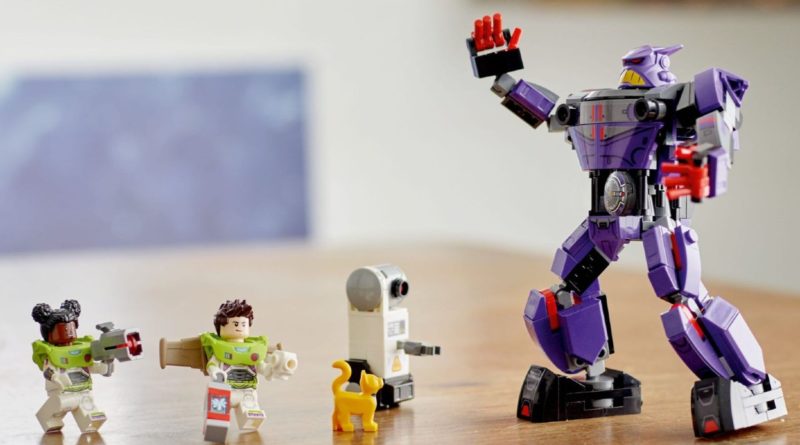 LEGO bricks were used as an inspiration for vehicles in Disney and Pixar’s Lightyear, and with the film now streaming it’s easier than ever to see how.

It’s no secret that the director of Lightyear, Angus MacLane, is a fan of LEGO bricks and he explained at LEGO CON 2022 how using LEGO helped him develop concepts for vehicles and robots in the animated movie.

Now that the movie is streaming on Disney+, you can watch and rewatch the film, again and again, to see what elements of the movie might have been built with bricks first. The Beyond Infinity documentary also has some insight that will help you identify what parts of the movie were inspired by a LEGO model.

Of course, we know of at least three elements in the film that have a close link to LEGO as the trio of LEGO Lightyear models are all available now– 76830 Zyclops Chase, 76831 Zurg Battle and 76832 XL-15 Spaceship.

For tips on what Lightyear vehicles had a prototype made from LEGO bricks first, Angus MacLane has shared one previously on social media.

Lightyear is streaming now on Disney+ and you can pick up all three of its models on LEGO.com too.