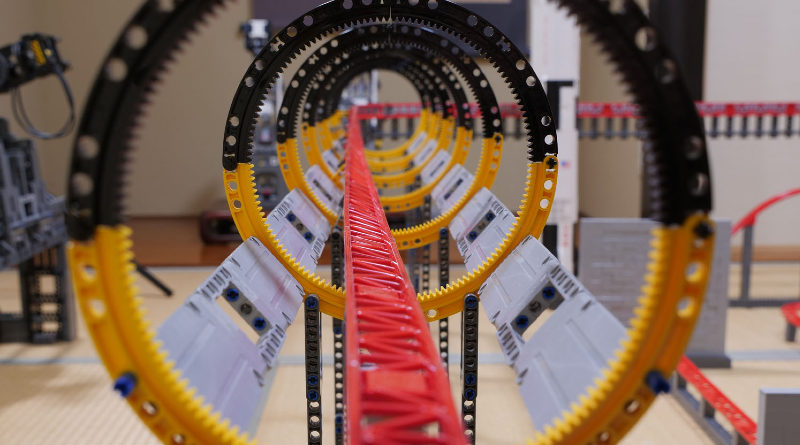 A LEGO fan has created a massive indoor rollercoaster, complete with loops and moving features, entirely in their own home.

The tracked LEGO ride was revealed in a video uploaded to YouTube, showing a Go-Pro equipped, motorised train rolling around the track. The train even travels vertically upwards and around a loop, all at a first-person perspective.

Akiyuki, the creator behind the coaster uploaded the video and a series of images onto their website, showing some missable details of the track. The train travels through several action features as it travels, including a roll through a series of rings, brick walls, and a track change pushed by 10265 Ford Mustang.

The launch of the train is controlled by a mechanism built using the sensors from 51515 Robot Inventor. The MINDSTORMS Hub unit even displays a ‘GOAL’ message upon completing the track. The best part of this project isn’t the scale, or moving features but the fact that this track was sturdy enough to transport a Go-Pro camera while suspended vertically.

Akiyuki has worked on a variety of other LEGO builds in the past, including multiple modules for the Great Ball Contraption. The other kinetic creations on their YouTube channel are well worth checking out.