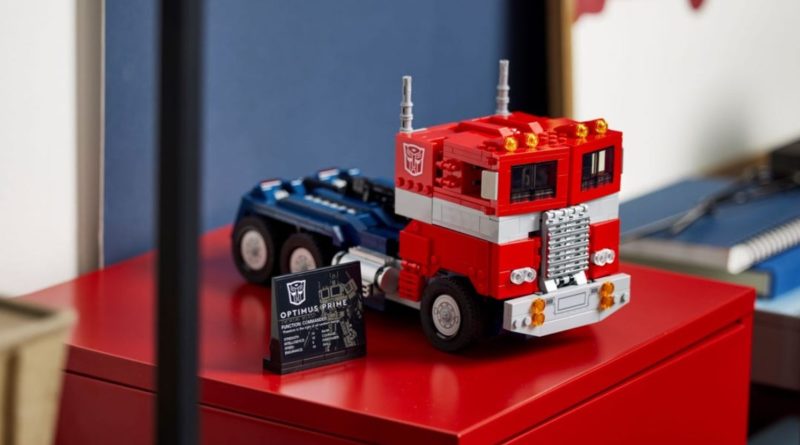 It’s safe to say that the LEGO Creator Expert 10302 Optimus Prime is a monumental moment, but even the box makes this explicitly clear.

In case you hadn’t heard, today it was announced that the first LEGO Transformers model, as well as the first collaboration between Hasbro and the LEGO Group. While many of you may have been immediately drawn to the product images of 10302 Optimus Prime, the box also has something that’s worth a look.

At the side and top of the box of 10302 Optimus Prime, the LEGO Group’s logo is pictured alongside that of Hasbro and Tomy, making the monumental nature of this partnership clear to see.

Hasbro and the LEGO Group are two of the world’s largest toy companies, and could certainly be considered rivals. However, the partnership is real and will result in the first official LEGO Transformers set in just over two weeks from the time of writing.

With a variety of included accessories and the Autobot leader himself, 10302 Optimus Prime features 1,508 elements and will release on June 1 worldwide.

Support the work that Brick Fanatics does by purchasing your LEGO Transformer through one of our affiliate links – thank you!