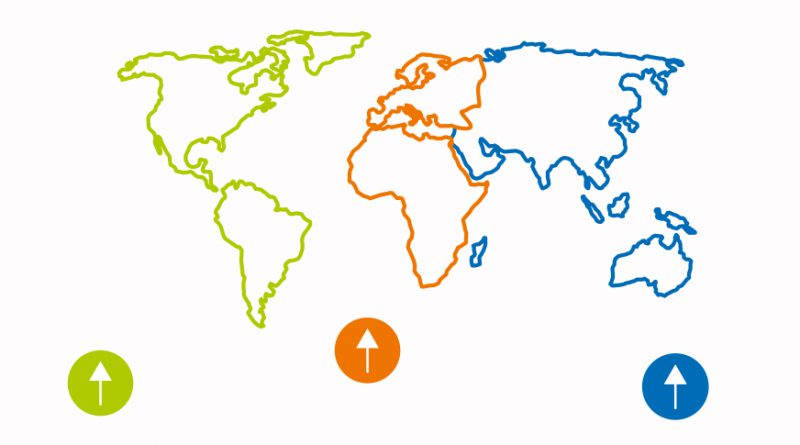 The LEGO Group announced the company’s annual results today, demonstrating that sales, revenue and profit returned to growth in 2018.

Niels B Christiansen, the LEGO Group’s CEO, announced today that the company has returned to growth, bringing positive news to the annual statement after a couple of disappointing years.

To share the company’s positive news in a digestable way and highlight key messages that the LEGO Group wishes to share, a series of infographics have been shared. Revenue, sales and profit were all up in 2018, with the LEGO Group increasing market share at a time when many companies are seeing market share flat or in decline.

Growth in China is outpacing growth in established markets such as Europe, the USA and Canada, but is starting from a lower base to begin with. It is increasing by double digits, with the company focusing on the market there in an effort to continue that trend. 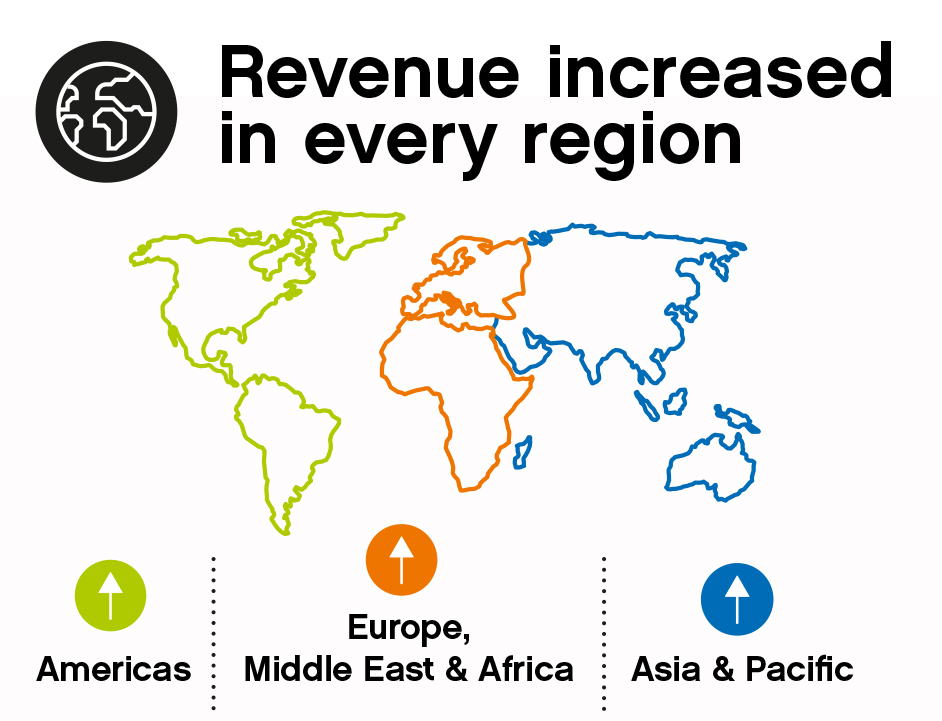 Those efforts include 140 new branded stores opening in 2019, with flagship LEGO Stores in Beijing and Shanghai. 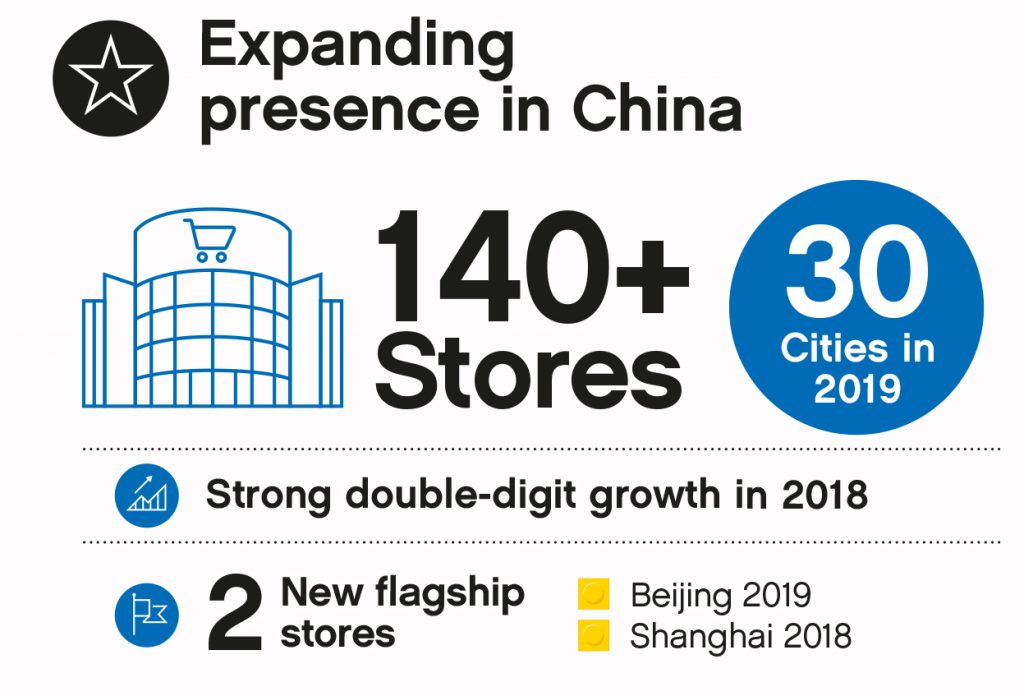 Sneaking in some statistics from the company’s Play Well report, the LEGO Group is keen to emphasise the core message that while LEGO bricks are at the heart of the play system, robotics and AR are being introduced to products too. With LEGO Hidden Side announced, consumers are getting a better idea of what that will look like. 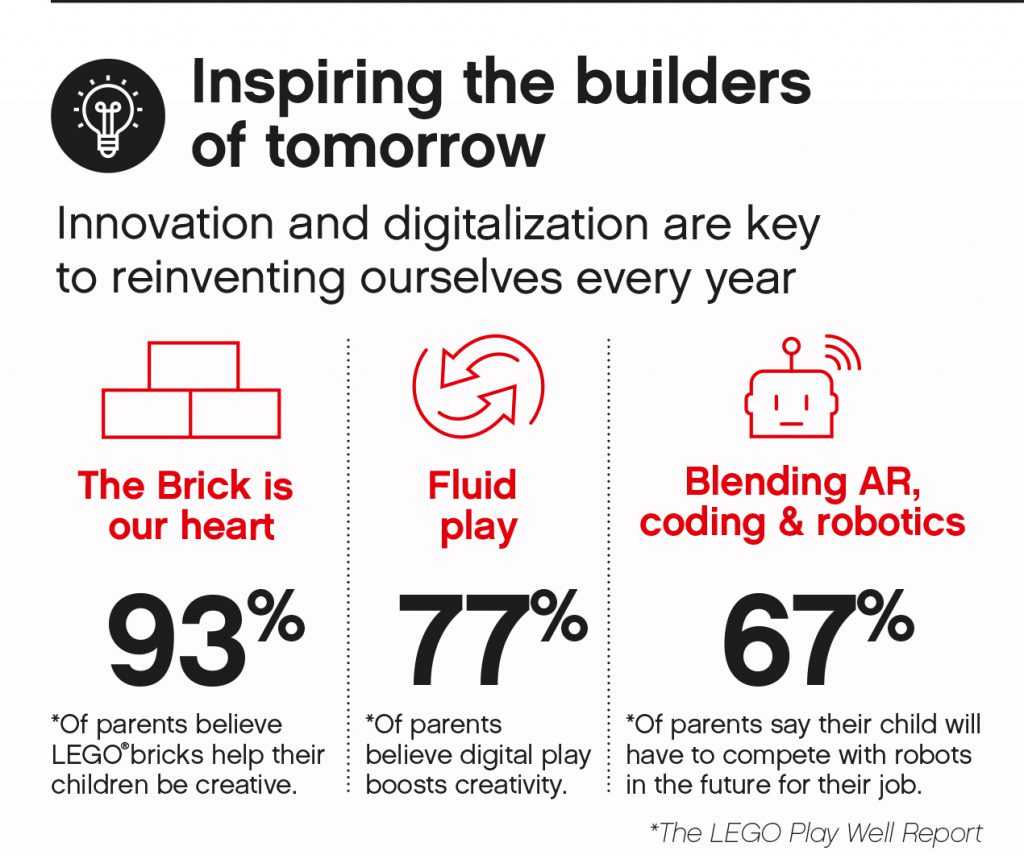 To highlight non-financial achievements, the company also highlights sustainability goals being achieved, noting that 83 sustainable elements have been introduced and that 840,000 children were reached through community engagement in 2018. 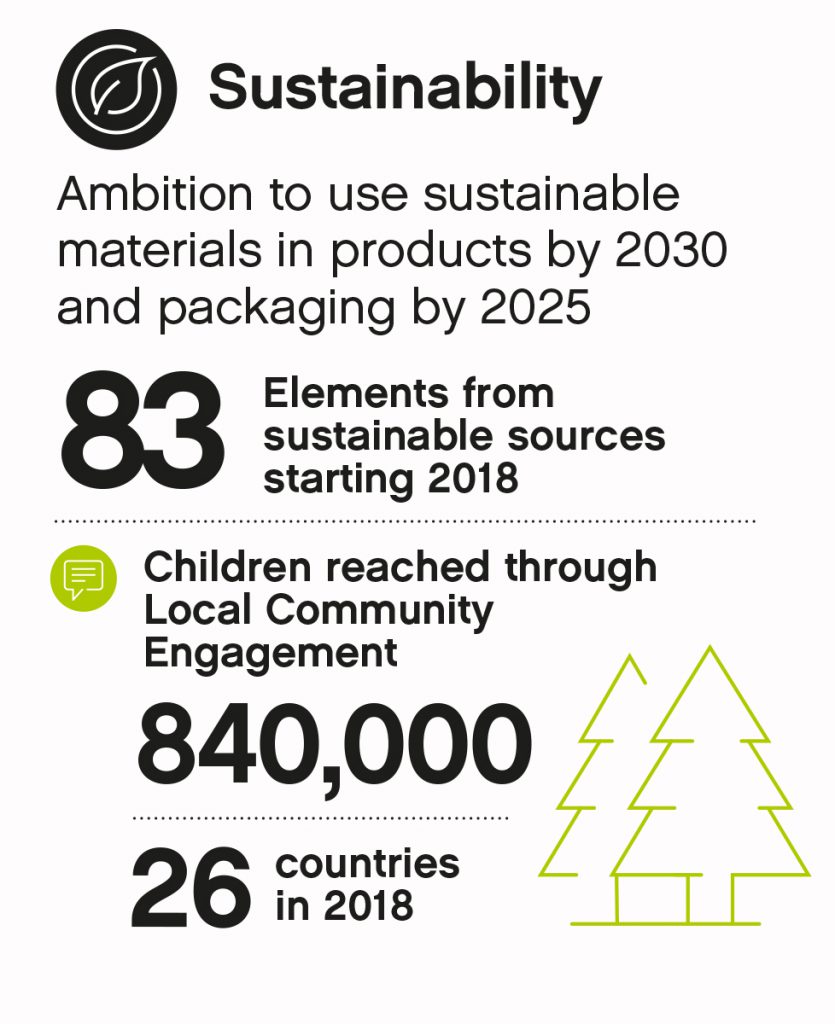