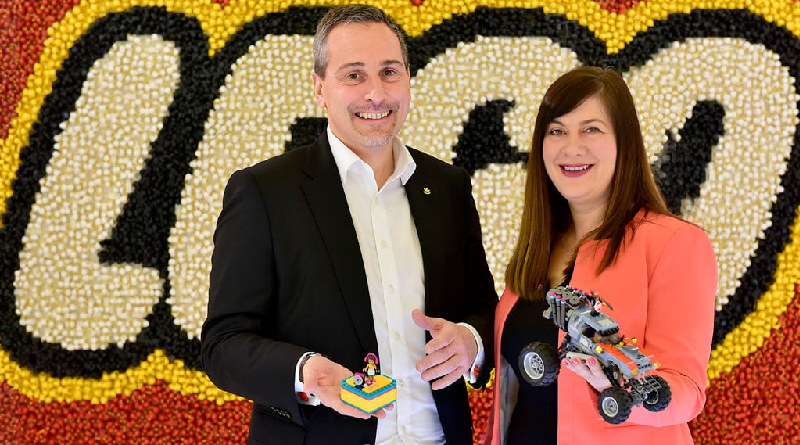 During a press conference at International Toy Fair, the LEGO Group explained its position in regards to the recent disagreement with YouTuber Thomas Panke.

Mainstream media recently picked up on a story in which Thomas Panke, who runs the YouTube channel Held der Steine, received a letter from the LEGO Group’s legal department as his logo was in reach of the company’s brand guidelines. He expressed his frustration in a video on his channel which was viewed over 1 million times thanks to the media attention.

During the LEGO presentation at International Toy Fair, which is taking place in Nuremberg, Germany, PromoBricks reports that LEGO Senior Vice President for the REEMEA Frederic Lehmann commented on the topic. He expressed the importance for the LEGO Group of protecting the company’s brand, but acknowledged that it was not communicated well and a LEGO representative should have reached out before sending a letter from the legal team.

Lehmann has agreed to meet Panke and discuss the matter during Toy Fair.

International Toy Fair has seen the LEGO Group announce dozens of new sets that will be released this summer.