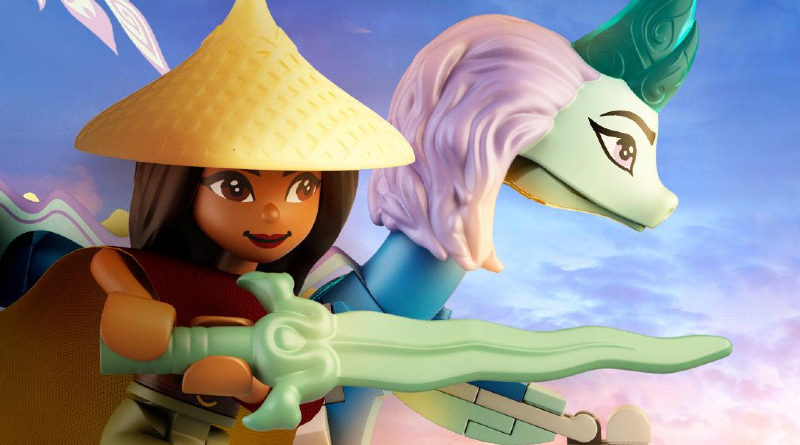 To tie in with the release of the new animated Disney movie, the LEGO Group has transformed one of Raya and The Last Dragon’s posters into a more familiar form.

As with past releases, the LEGO group has challenged itself with recreating the poster for one of Disney’s new animated projects, which also releases today, what a coincidence.

The social media team at the LEGO Group unveiled the poster on their Twitter account, which judging by the shape of the Raya mini-doll’s legs, is most likely computer-generated. This is just one of many official recreations of popular movie posters, which have even included big-budget projects such as Star Wars.

When compared to the real poster, the similarities are abundant with the background mostly the same and the characters replaced with their LEGO versions, be they mini-doll or brick-built. Even smaller details, such as Sisu’s tail in the corner, are captured in the faithful recreation.

The film sees its release today in both cinemas worldwide (where available) and on Disney+ for an additional fee. After tuning in to the latest animated adventure, the LEGO Group is also offering a few accompanying sets featuring the cast from the movie, such as a new Tuk-Tuk piece and the loveable Ongi.