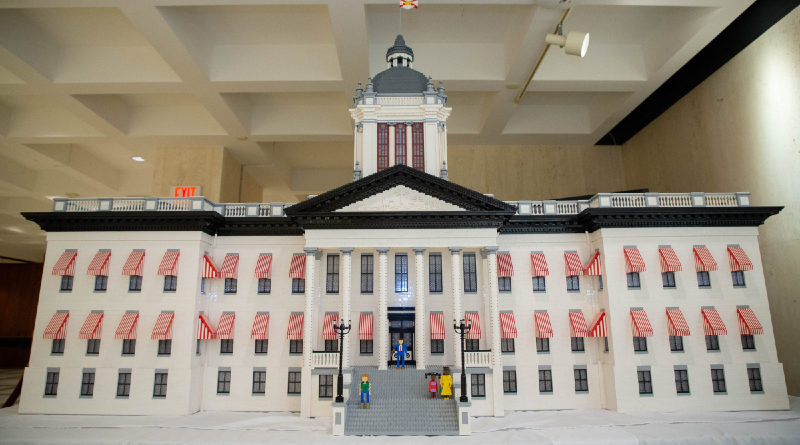 A LEGO model of the Florida Historic Capitol has journeyed across the state from the LEGOLAND resort to its new home, inside the actual building.

During a press conference, the 372,435-piece build was unveiled by House Speaker Chris Sprowls as a gift from the master model builders at LEGOLAND Florida.

The massive model has been reported to weigh over 400 pounds and stand over 6 feet tall by the Tallahassee Democrat who first reported on the news.

A sign that accompanies the model, which was delivered up four flights of stairs to its new home, reveals that it took over 240 hours to build and was gifted to the building after a request to borrow one of the Miniland models depicting the Capitol Complex. It seems that LEGOLAND Florida’s team decided to do them one better and build a completely new model, free of charge.

Whether the build will stay on display at the building has not been revealed but for now, the model can be found on the fourth floor of the building, spread across several connected tables.

It’s certainly a nice gesture from the resort and might be an added part of the park’s anniversary celebrations, which includes new structures in Miniland and a daredevil tightrope performance.