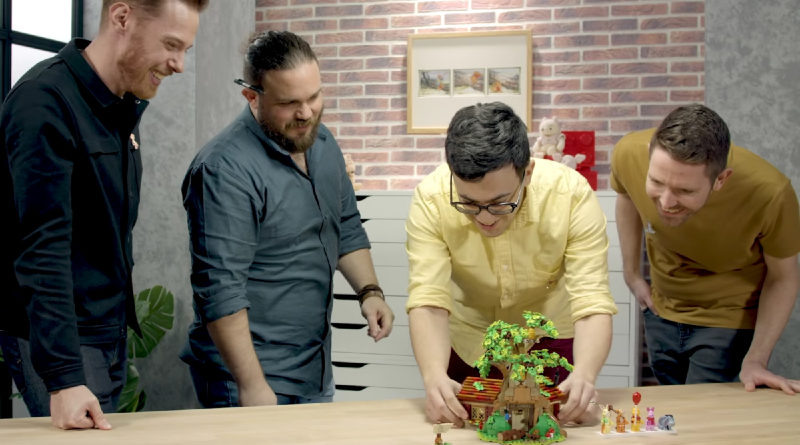 A new designer video for the latest LEGO Ideas set has revealed secrets as well as prototype drawings and sculpts for 21326 Winnie the Pooh.

The iconic yellow bear, Winnie the Pooh, has finally received his own LEGO set thanks to LEGO Ideas and now the designers of the model are taking us behind the curtain in a new video, with design decisions outlined and lots of details to take in.

The set was recently revealed as the latest outcome of the LEGO Ideas platform and is another product for the theme that aims to please an older audience with an age rating of 18+. That might mean nostalgia is key for the set as LEGO designer Ilia Gotlib explains, pointing out a few smaller details such as the “RNIG ALSO” sign on the doorbell.

Amongst the details of the model are five new minifigures, each with a new brick. With such a collection of fresh LEGO pieces, plenty of prototype designs for them had to be made, as LEGO element designers Simon Wilson and Felipe Silva Telles prove by showing a few of the drawings and moulds for them.

For more on 21326 Winnie the Pooh, we have a full review showcasing the full extent of this brick-built portion of the Hundred Acre Wood and you might even be interested to discover that the new Disney set even features a couple of subtle nods to the original fan designer.