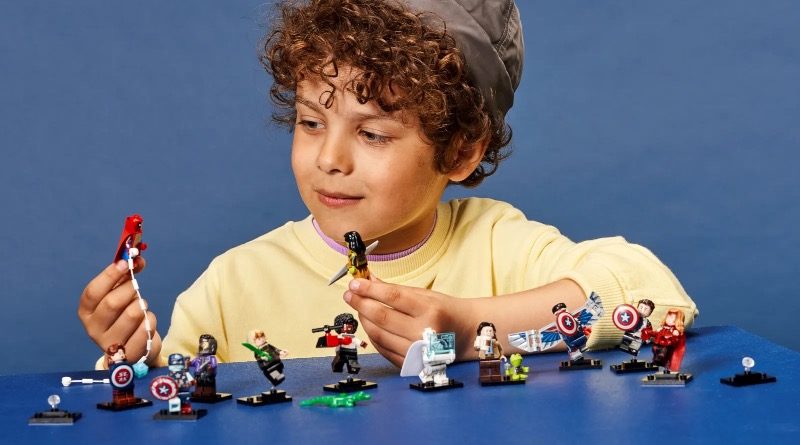 The LEGO Group’s designers had more than just concept art to work from when designing 71031 Marvel Studios Collectible Minifigures.

It’s no secret that LEGO designers are often forced to base sets and minifigures on concept art that’s obsolete by the time a movie or TV show hits screens. Remember 75104 Kylo Ren’s Command Shuttle? Shiny and black with folding wings on-screen, but dull and grey with retractable wings in LEGO, it’s probably the most egregious example of the LEGO Group being failed by concept art.

That process of working from early reference material was a little different for 71031 Marvel Studios, though, which includes 12 characters based on the first four Marvel Disney+ shows: WandaVision, The Falcon and the Winter Soldier, Loki and What If…?

Speaking to Brick Fanatics at this year’s LEGO Fan Media event, the LEGO Group’s Head of Model Governance Astrid Graabæk and designer Mark Tranter revealed that the reference material they were provided with for the stable of Disney+ series went above and beyond basic concept art.

“We get images,” Astrid explains. “It varies, but it can be costume fittings, photos, concept sketches…”

“It varies from character to character,” Mark adds. “Sometimes it’s just concept art, but sometimes it’s a photo from the set, which is always good because then we know it’s not going to change.”

Has that allowed for a more accurate batch of minifigures than we might otherwise have seen? Check out more images of 71031 Marvel Studios here to see for yourself – at least for seven of the 12 characters. We’ll find out how closely the What If…? minifigures match when that series debuts later this month.