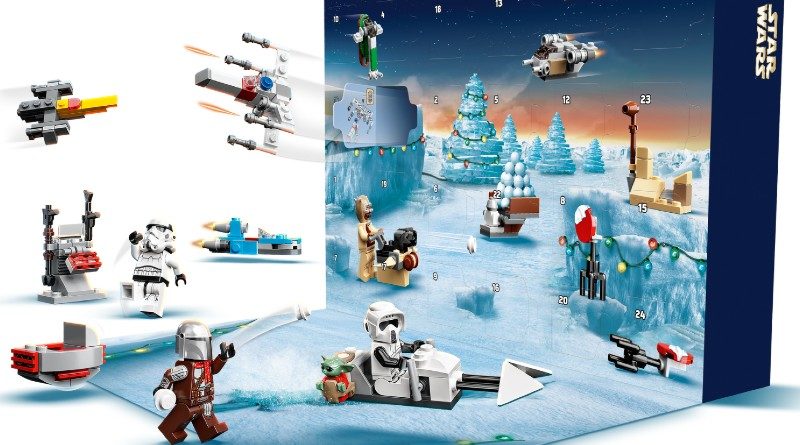 The challenges of making LEGO 75307 Star Wars Advent Calendar 2021 have been revealed in a new designer interview, with a discussion of the seasonal builds included too.

“It can be a challenge as we need to be able to show how a ship can be built in only one instruction. So when designing, we want to keep builds easy to read and minimize the amount of parts. We look for elements that are as close to resembling the different shapes found on a vehicle and avoid building it out,” said Jason Zapantis.

“This advent calendar is the first in the decade we have been doing them, as it is completely dedicated to The Mandalorian. All the days correspond with things that appear in the show, with some items getting a festive touch as we have done in previous years.”

Those festive touches include a scarf-wearing minifigure of Din Djarin and Grogu and the currently only official minifigure-scale version of the hover pram. 75307 Star Wars Advent Calendar 2021 will release on September 1 for £24.99 / $39.99 / €29.99, but you might want to wait until the holiday season to start building it.