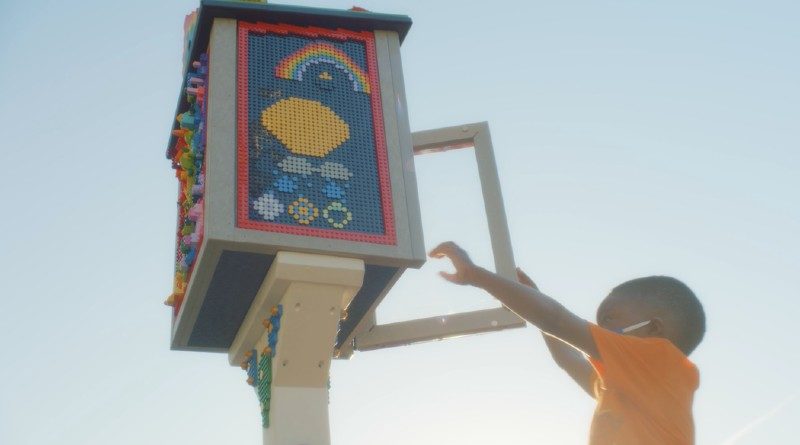 The LEGO Group is continuing their Rebuild the World campaign by helping with one young fan’s charity work, connecting a community of children.

Chelsea Paire is an 11-year-old charity worker from the US who set herself a goal before and during the Coronavirus pandemic – to bring art to less fortunate kids and inspire creativity within them.

The LEGO Group clearly saw familiarity in this mission and has partnered with Chelsea and her organisation (named Chelsea’s Charity) and enhanced the institution’s reach (which stretches across 30 US states and two countries) within Chelsea’s hometown of Danbury, Connecticut.

The LEGO Group teamed with Chelsea’s Charity to build an ‘Art for All’ box with brick-built designs from Chelsa’s imagination adorning the outside. Inside, anyone visiting it can find a selection of creative art packs including LEGO DOTS for children to take and create with. Alternatively, art supplies can be left inside to contribute to the charitable collection.

Made of over 1,500 bricks and taking 38 hours to construct, a video was produced to showcase the new installation, which can be seen to be made of a wooden box emblazoned with LEGO artwork.

Whilst the charity itself isn’t a part of the Rebuild the World campaign, the partnership is the latest example of the work that has been done for it, which includes a series of videos reimagining fairy tales with a modern twist.