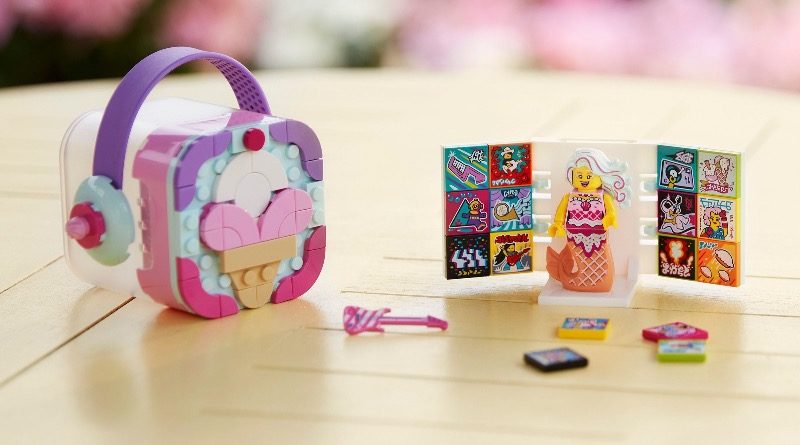 LEGO VIDIYO may be about to go on hiatus for 2022, but whilst the theme is reinvented and reworked, let’s take a moment to remember the many new pieces that the theme introduced.

Besides the music and app-integrated features of LEGO VIDIYO, there’s one thing in particular that makes the theme stand out from the rest of the LEGO Group’s catalogue, it introduced a veritable gallery of new elements. From BeatBoxes to Bandmates, the number of fresh moulds rivalled and surpassed that of other themes and even the prints were numerous thanks to Beatbits.

A good amount of these new elements came from the theme’s BeatBoxes, which for the first wave were the only buildable models that VIDIYO could offer. These consisted of seven new pieces present in all of them, and a selection of new minifigure accessories to create the crazy characters. These varied in size extensively and, as discussed in our review, were a very different building experience.

Speaking of minifigures, despite VIDIYO switching the focus from BeatBoxes to more familiar sets for its second wave, the minifigures continued to consistently have at least one new element each (apart from a few rare cases). Although these parts would be reused throughout the theme, none of them managed to break through the VIDIYO boundary, but fans did find a use for the BeatBox elements in their own builds.

During the theme’s life so far, not a single VIDIYO brick has made its way to a world outside of the musical partnership, such as NINJAGO, CITY or VIDIYO. One fan created a concept for how an element could be used to represent a Batman villain, showcasing the potential that they had. In fact, 43115 The Boombox hosts the exclusive debut of the 1×5 plate, but this will likely appear in other sets in the coming years.

We’ll have to wait and see just how many of the newly introduced LEGO VIDIYO bricks migrate over to other themes while the LEGO Group pilots new ideas in 2022 for release by 2023. However, for the more specific elements such as those present in the upcoming 43108 Bandmate Series 2 due on October 1, the range may be the only chance to get them – We can’t imagine how much use a BeatBox minifigure head will be to the LEGO Group if the BeatBoxes no longer exist.