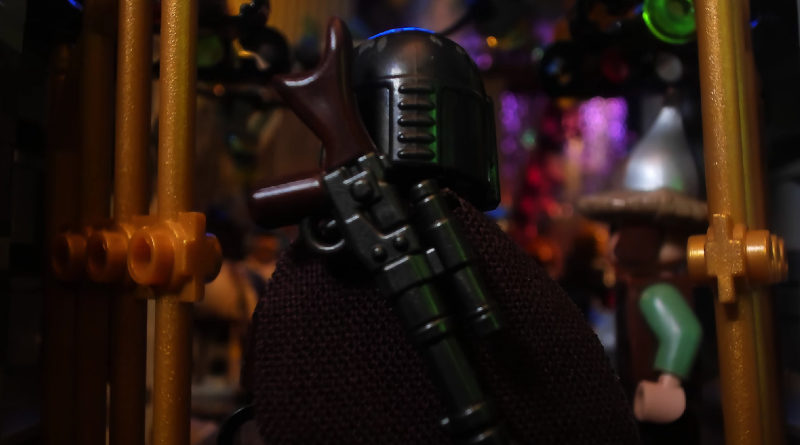 A new LEGO Star Wars brickfilm has debuted, featuring The Mandalorian in an action-packed hunt for his latest bounty.

The Mandalorian continues to prove popular with LEGO fans as a new brickfilm featuring the titular character and his green sidekick debuts on YouTube, demonstrating just how detailed stop-motion can be.

Forrest Whaley also known as forrestfire101, has returned for another LEGO stop-motion. The animator has worked on a many LEGO projects before including for the Epic Rap Battles of History YouTube Series and a Batman brickfilm. His newest video features Din Djarin and you can check it out below.

The video has The Mandalorian tracking down a bounty to a busy cityscape full of creatures, peoples and droids. Most of the movie takes place near the Mandalorian, so Forrest Whaley decided to focus on the area in and around the character.

While tracking down the bounty, the plan goes awry and Din Djarin is forced to improvise in an all out duel against mercenaries and fellow bounty hunters. There are plenty of figures to spot in these scenes including a gray LEGO alien and Zuckuss.

Forrest once again proves his skill with smooth movement including a rolling dodge and vibrant blaster fire. Those wanting to recreate their own Mandalorian adventures can do so with the new 75299 Trouble on Tatooine featuring a new Beskar-armoured Mandalorian and Grogu (affectionately known as Baby Yoda) minifigures.