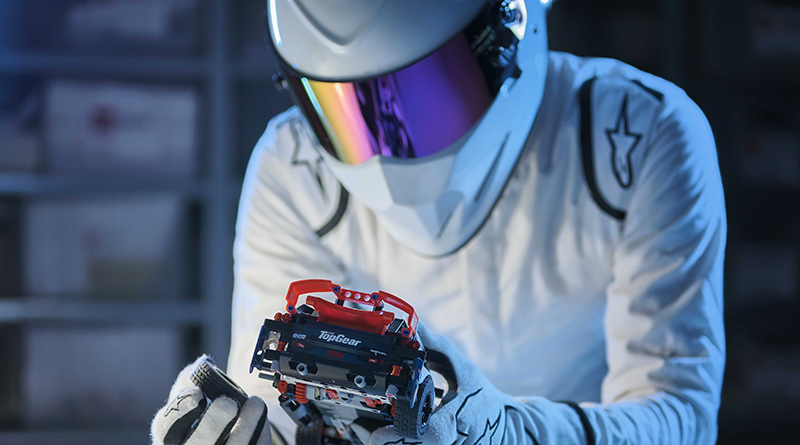 A full video has been released that sees The Stig infiltrating the LEGO House and driving 42109 App-Controlled Top Gear Rally Car around the venue.

Following a little tease of it recently, the full video featuring Top Gear’s the Stig infiltrating the LEGO House to build and play with LEGO Technic 42109 App-Controlled Top Gear Rally Car has been released.

The mysterious test driver from Top Gear arrives at the LEGO House in a Porsche 911 GT3 RS before breaking into the Billund based location. He confuses the security guard by driving the car around the location, before leaving with the set to test at the Top Gear race track.

“The LEGO Technic App Controlled Top Gear Rally Car was designed to be the perfect car for the Stig, but it’s only an eighth of the size of cars he is used to driving. Let’s see if his talent on the test track translates to awesome manoeuvres when controlling the car using the LEGO Technic CONTROL+ App,” says LEGO Technic designer Samuel Tacchi.

The BBC Top Gear team collaborated with the LEGO Technic design team to develop the 463 piece set. The CONTROL+ app will feature functions including steering, multi-touch control and gyro control. Challenges and achievements to unlock will encourage continued play with the car.