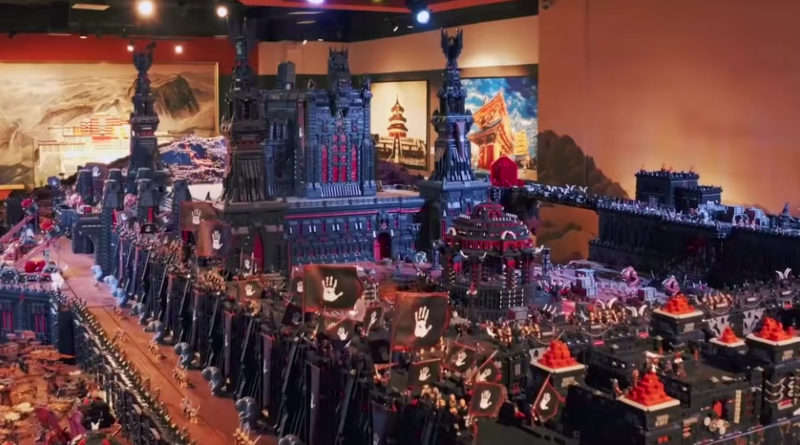 LEGO Lord of the Rings fans might want to add a Chinese museum to their bucket list, as a massive brick-built diorama has broken a Guinness World Record.

Lord of the Rings was a LEGO theme that saw the popular fantasy world of Orcs and Hobbits recreated in LEGO bricks. Unfortunately for fans, the theme is now retired but an indoor children’s museum in China might just have the solution for those missing the theme.

Smaerdland in Shenzhen, China is now home to the largest mini brick build in the world, courtesy of Guinness World Records. The display was recently shown off in a video uploaded to YouTube, a good option for fans who might not be able to travel and see it in person.

The structure, which is in a part of the museum called Blocks Kingdom, is made up of 150 million bricks, but the video does not specify that these are all from the LEGO Group. The display took a team of 50 designers three years to make and is supposedly inspired by Lord of the Rings. Fans of the theme are sure to recognise the Uruk-hai minifigures and the familiar symbol of the white hand on the flags, as well as the four 10237 Tower of Orthanc-like structures sitting within the black-bricked fortress.

There are certainly at least a few LEGO bricks used in the build, from the minifigures alone with what can only be thousands of minifigures forming armies and groups across the massive structure. Nevertheless, the model is no doubt impressive, especially considering that is made up completely of interlocking bricks as well as it being a Guinness World Record holder. Other areas within the Blocks Kingdom of the museum include an animal model display and a sci-fi zone.