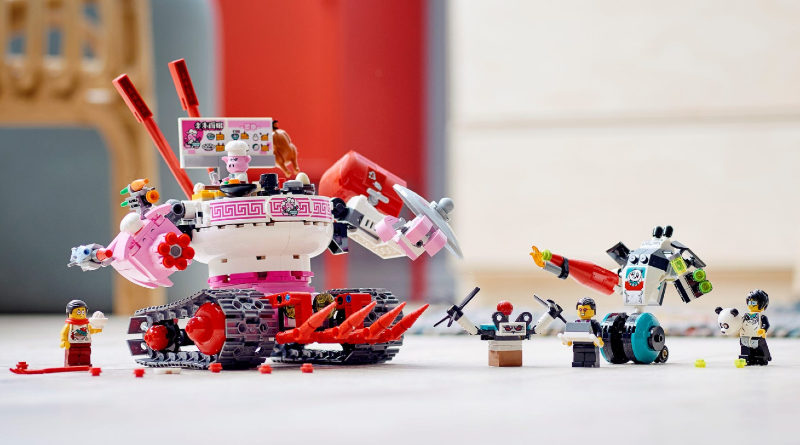 A trio of new LEGO Monkie Kid sets has just launched on the official online store with a model to suit every builder, even those who want to build a bowl tank.

We’re not sure who was asking for a buildable bowl equipped for battle, but it seems the LEGO Group believe it to be in high demand as such a set is part of the new Monkie Kid range. 80026 Pigsy’s Noodle Tank is the model in question and comes with four minifigures and 662 pieces for a mechanical evolution of the classic food fight.

The set features everything you’ll need for the restaurant royale with Pigsy’s Noodles equipped with moving rake, stud shooters and more. Meanwhile, Speedy Panda is relying on two thematic weaponised delivery drones. You’ll even be able to find another minifigure of Mr. Tang, who is otherwise only available in 80023 Monkie Kid’s Team Dronecopter.

Whilst we’ve written at length on the largest set for the wave – 80028 The Bone Demon and its record-breaking feature – there is one other model as part of the range. 80025 Sandy’s Power Loader Mech includes a sizable mech for any bigfig, but it’s primarily designed for the titular character and his feline friend.

You’ll be able to find the entirety of the Monkie Kid summer range, as well as all previous releases, on the official online LEGO store today and any purchases over £95 / $85 / €95 will also net you a free Adidas set.