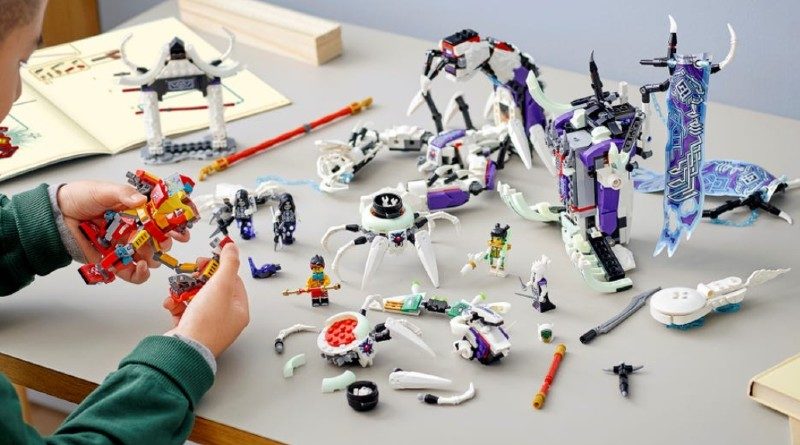 LEGO Monkie Kid 80028 The Bone Demon is officially a record-breaking set as the newly-revealed model features more than enough elements to beat a glowing record.

Hot on the heels of the reveal thanks to LEGO.com, the official images for 80028 The Bone Demon have shown another feature of the mechanical model, as it turns out that it has the most glow-in-the-dark bricks in any single LEGO set.

A pair of comparison images help to demonstrate the amount and effect of these glowing pieces with the final result making for a menacing figure in the dark. We’re not sure how we’d feel about that sitting on a shelf above us at night.

The exact number of glow in the dark elements is unconfirmed but the total piece count is 1,375. Five minifigures are also included with some parts on two of them glowing in low light, generally adding to the menacing tone of this new villain.

The main feature of the set is not its glow in the dark pieces though, as the large mech can split into six separate models such as a crypt, scorpion and even more minions beyond the minifigures.