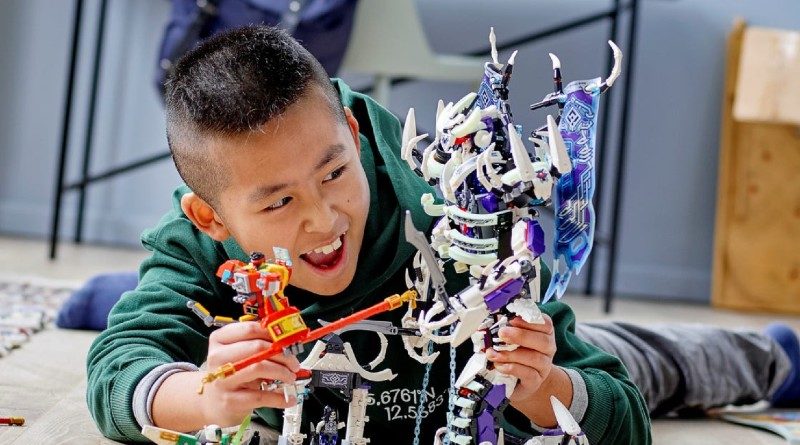 The new LEGO Monkie Kid summer sets have been added to the official online store, revealing every detail of them through official images.

All three of the LEGO Monkie Kid sets that were spotted early not long ago have been listed on the official online store and we’ve compiled the images you’ll want to see below, including clear pictures of 80028 The Bone Demon.

80025 Sandy’s Power Loader Mech includes 520 pieces and four characters, with two minifigures, Mo and Sandy the bigfig. The build is a large mech with a smaller spider-mech on the side. We know who we’re rooting for.

80026 Pigsy’s Noodle Tank includes 662 pieces and four minifigures with Pigsy’s food truck transformed into a mechanical bowl tank. No eight-legged villains are included in the set but a rival delivery business appears to be antagonising the vehicle.

The largest of the wave, 80028 The Bone Demon includes 1,375 pieces and five minifigures with easily the most glow in the dark elements in a single set ever. This model splits into multiple builds to conquer and divide the heroic Monkie Kid and Mei.

Each set is listed as releasing on July 1, even for those in the US, meaning you’ll be able to get your hands on these before most of the other summer sets.