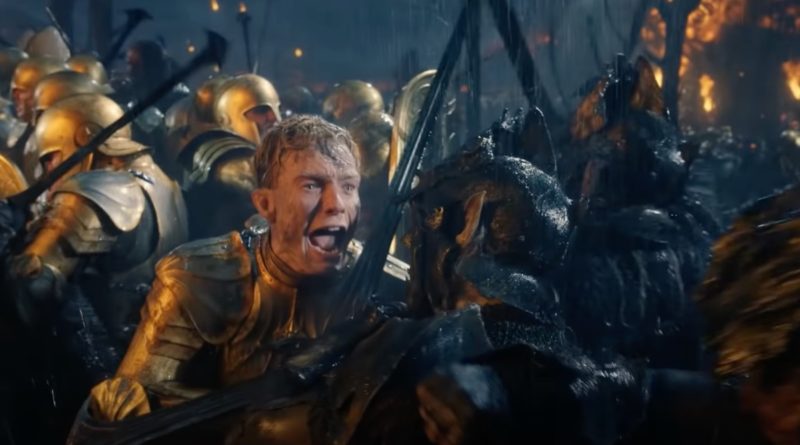 The first teaser trailer for Amazon’s The Lord of the Rings: The Rings of Power has arrived, giving us a clearer idea of what any potential tie-in LEGO sets could look like.

We’ll say from the outset that there are no rumours currently doing the rounds regarding the return of LEGO The Lord of the Rings, but given the LEGO Group has already played with this licence once before, we wouldn’t be surprised to see a resurgence of the theme later this year.

For one, 2022 marks a full decade since the original wave of LEGO LotR sets landed on shelves, and we all know the LEGO Group loves an anniversary. Plus, there is a potential new theme codenamed ‘Coconut’ apparently in the works, and while it’s thought to potentially relate to Indiana Jones or Avatar, it could just as easily be linked to Middle-earth.

Given Amazon’s prequel series is set thousands of years before The Fellowship of the Ring, however, it probably wouldn’t look much like that original wave of sets. For a better idea of the characters and locations a LEGO Rings of Power line-up could include, hit play on the show’s first teaser trailer below.

We will see a couple of familiar characters in The Rings of Power, including Elrond and Galadriel, here played by Robert Aramayo and Morfydd Clark respectively. They’re part of an ensemble cast that will adventure through places like the Misty Mountains and Númenor in the show’s first season, which debuts on Prime Video on September 2, 2022.

That’s still some way off yet, so we likely won’t hear about any accompanying LEGO sets for a while either. And that’s if they exist at all – but given how much of the original Lord of the Rings trilogy’s sprawling narrative was left untouched across the LEGO range, there’s no doubt plenty of appetite out there for more.

What exactly a fresh range of LotR sets would look like in 2022 is less certain, but from battle packs to 18+ products, we’ve come up with a few ideas.

One thought on “First trailer for The Lord of the Rings: The Rings of Power”