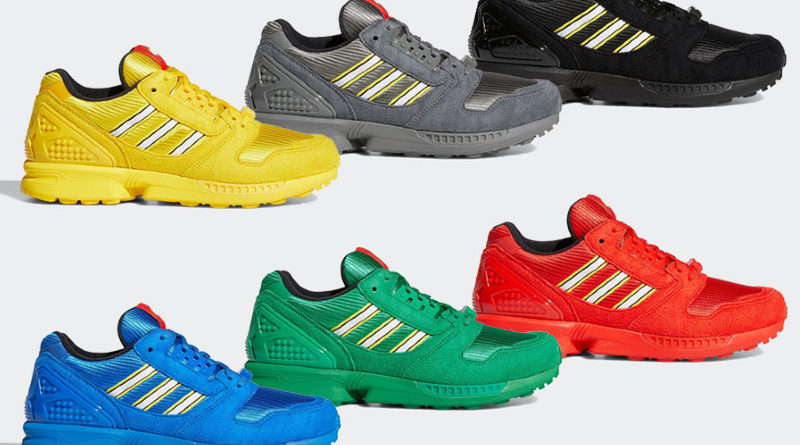 The LEGO x Adidas collaboration continues as a new set of colourful trainers have been announced.

The upcoming colour pack of trainers includes six pairs of the ZX 8000 trainers that were previously released, but this time in a single colour, and with more options for style.

Sneaker News reported on the new footwear collection, with the set of ZX 8000 trainers coming in six colours, rather than the solitary design from the initial, limited edition pair.

The colour options available include black, grey, yellow, green, blue and red. The styles appear to be a nod to some of the more popular LEGO brick colours.

Just like before, the trainers come in men’s sizes and are targeted towards an older audience. To own a pair of these LEGO shoes will set you back $140. Other regional prices have not been revealed.

LEGO and Adidas’ colourful collaboration is continuing strong into 2021 with the full collection of t-shirt, jackets, bags and other sportswear recently going live at LEGO.com, giving fans a chance to own some of the most fashionable brick-based clothing while collecting VIP points.

If Adidas isn’t your style then there are plenty of other LEGO clothing partnerships such as a Levi’s collection with LEGO brick patches and the upcoming LEGO NINJAGO x HYPE clothing line due for release this Thursday on the official online LEGO store, and HYPE’s own website the day after.