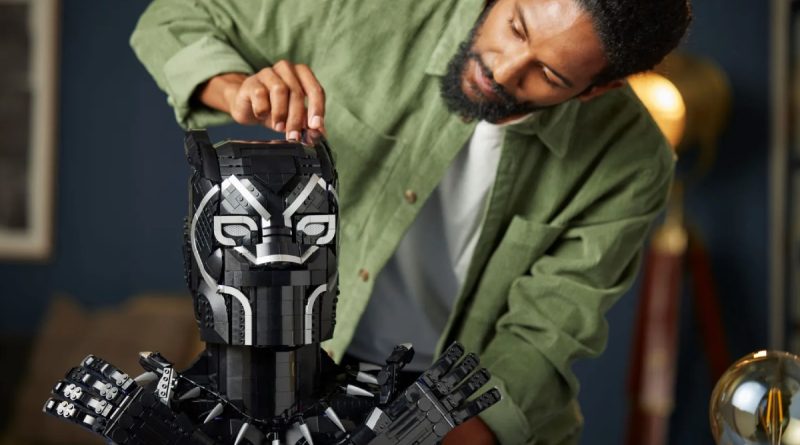 LEGO Marvel 76215 Black Panther has a colourful hidden reference that is as functional as it is a callback to Wakandan design.

Despite the sleek appearance of 76215 Black Panther, a standard LEGO building technique has been retrofitted for the Marvel Studios model to reference Wakandan colours. In most larger models, you’ll find that a variety of colourful elements are included to make it easier to see where future pieces should be placed and break up the monotony.

These pieces usually come in shades of red, green, yellow and more. However, in 76215 Black Panther, many of these bricks are purple and blue. You can find out more by watching our new YouTube video, and that same short is also available on TikTok to share around the platform.

Consider subscribing to us on YouTube and following us on TikTok for more LEGO content and news updates in video form.

The structural foundation of 76215 Black Panther makes use of blue and purple bricks as key indicators, a choice that was likely made to align with Wakandan fashion, with many of the nation’s characters proudly displaying these colours in the Marvel Cinematic Universe.

This choice of colour is also similar to the design of the Sentinels – the robotic foes of the X-Men, but that’s likely just a coincidence considering the team have yet to appear in the MCU.