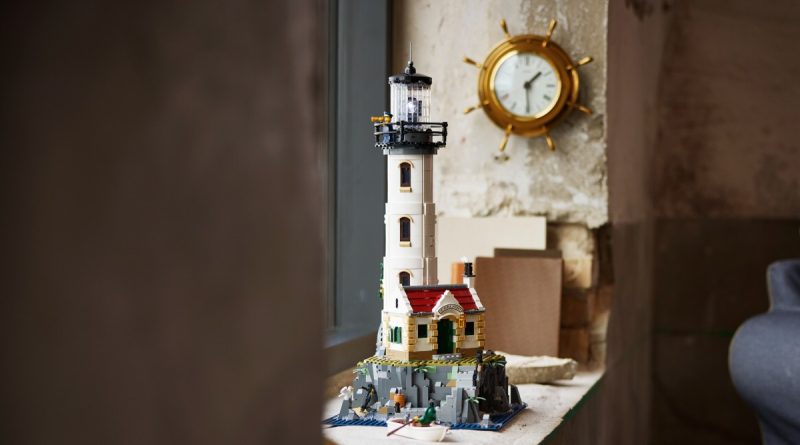 Releasing at the start of this month, 21335 Motorised Lighthouse has been selected for the next LEGO designer video, dedicating six minutes to the fan-inspired model and its many features. Designers Luka Kapeter, Peter Licht and graphic designer Claus Madsen are on hand to take us through the development process and finer details.

Luka Kapeter confirms that there are multiple references to fan designer Sandro Quattrini in 21335 Motorised Lighthouse, pointing out the source behind these references and where they can be found.

“We have a few Easter eggs in this set, we actually have Sandro’s family portrait and a tile decorated with an area in Canada where Sandro went for a road trip with his family and that’s how he got inspired to build the original LEGO Ideas submission,” explains Luka.

It’s not the first time that a LEGO Ideas set has featured a reference to its original fan designer as 21326 Winnie the Pooh also included a couple of Easter eggs.