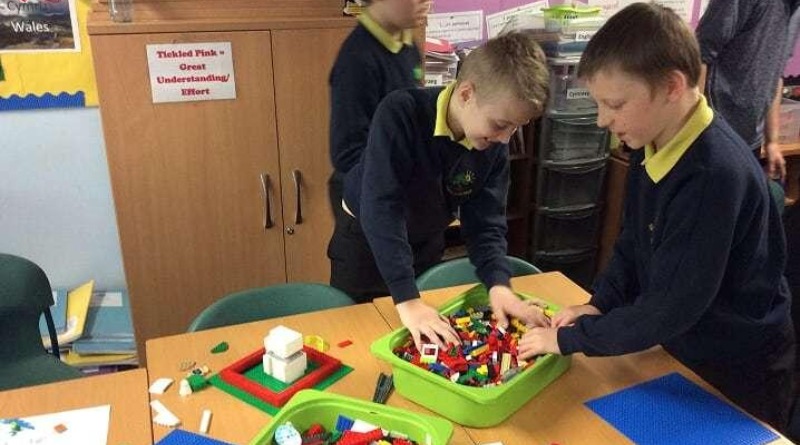 2019 marks 50 years since mankind first landed on the moon, and school pupils in North Wales have taken part in a LEGO workshop to commemorate the occasion.

According to local newspaper the Denbighshire Free Press, primary school pupils at Ysgol Pendref in Denbigh, North Wales used LEGO as part of a series of project-based activities, intended to strengthen their interest in STEAM (science, technology, engineering, art and mathematics) topics.

The four-day programme was set up by G2G (Good 2 Great), a community-focused organisation based in North Wales. As part of its activities, G2G runs the LEGO Education Innovation Studio, which uses bricks to introduce youngsters to complex topics such as coding and robotics. In this case, the project was funded by the Welsh Government’s Reaching Wider programme, which attempts to broaden access to higher education throughout Wales.

G2G has previously led LEGO projects for the Welsh Government’s National Science Academy and the UK Space Agency. “In July it is 50 years since the Apollo 11 mission landed on the moon, and this project celebrates this fantastic scientific achievement,” G2G director Dr. Bill Lockitt told the Denbighshire Free Press.

“It has been set up to celebrate the achievement and technological advancements made due to space exploration but also to encourage young people to think about space related industries and employment in the future. It also empowers them to ask the right questions, define problems, and design their own solutions by putting scientific discovery in their hands.”

Ysgol Pendref headteacher Nicola Griffiths said: “The pupils are enjoying the workshops immensely and are developing their science and technology skills.”