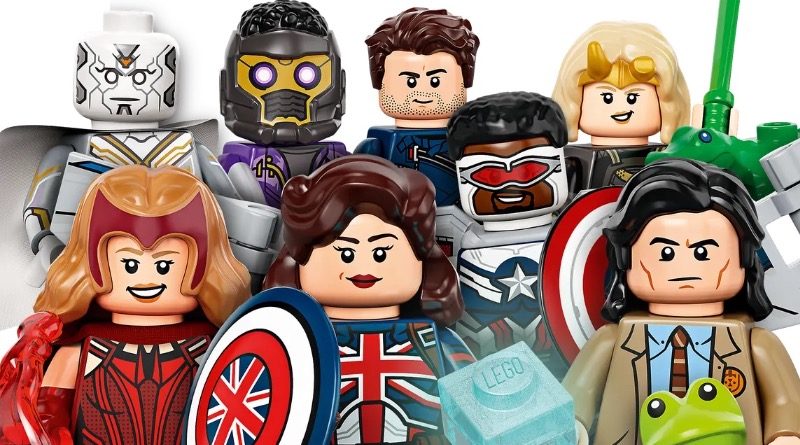 The LEGO Group’s Collectible Minifigures team explains why the blind-bagged characters are given more detail and attention than the company’s regular minifigures.

Compare the newly-revealed line-up of 71031 Marvel Studios with superhero characters in the regular Marvel sets – such as 76192 Avengers: Endgame Final Battle, and even 76178 Daily Bugle – and the difference is pretty stark.

Where plenty of those minifigures in sets lack arm and leg printing, or settle for existing moulds, The Scarlet Witch, Captain America, Sylvie and company are decked out head to toe in detailed prints, dual-moulded components and brand new elements.

According to the LEGO Group’s Head of Model Governance Astrid Graabæk, that’s because the company considers its Collectible Minifigures to essentially be tiny works of art.

“We will do a lot to make them stand out and be very unique, very exclusive,” Astrid tells Brick Fanatics. “What you get here is not something you get elsewhere, because they’re small pieces of art. They’re not part of an impressive and large model – they’re on their own. So we put a lot of focus on giving them this exclusive and unique appeal.”

In other words: there’s more to a boxed LEGO set than just its minifigures, but the bags are literally all about the minifigure inside, so the characters receive 100% of the team’s attention. Makes sense to us – and also explains why 71031 Marvel Studios includes some of the theme’s most detailed minifigures to date. Check them all out by clicking here.