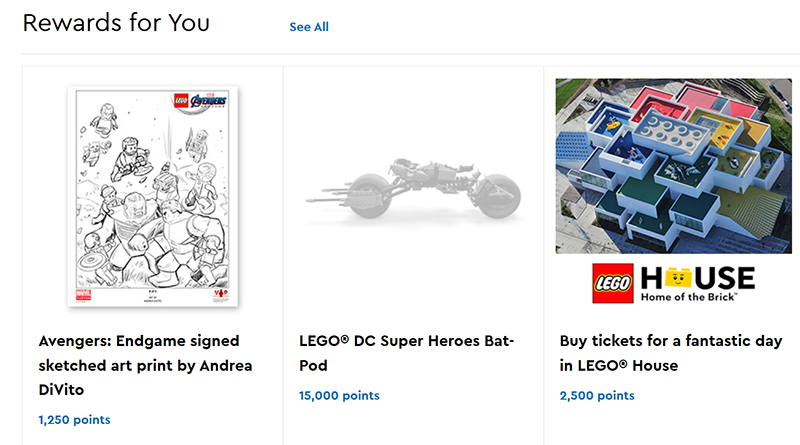 More information has been shared about why the number of LEGO VIP points fans accrue has been changed.

LEGO collecting website Brickset had recently had a batch of questions answered by the mysterious Director of the VIP program, who has explained why the number of points earned changed when the new version of the rewards scheme launched last month.

According to the director, the new number of points accrued per £1 or $1 spent is to make the rewards more equitable: “This is true for some countries where the earning rate was 1 for 1, but this was not the case across the globe. For example, members in Australia were earning 1 point for every $1.50 spent and 100 points was $7.50 discount.

“The intent of the new points earning rates was to set all points to the same baseline (We chose DKK). This allows us to offer our new rewards for the same number of points to all our members regardless of their home country. For example tickets to LEGOLAND are the same number of points no matter where you live.”
He also confirmed that the points value would not vary with exchange rates, but would remain fixed.

“We will be bringing more opportunities to earn in the future,” the director also promised, explaining that the new reward system has been designed so that it can improved and updated over time. He also revealed that the place is to encourage fans to ‘buy’ rewards rather than discounts: “The one rule we try to follow is that you will receive more value from the points you use towards physical and experiential rewards.”

So while the interview clarifies why certain core decisions were made, fans will have to wait and see how things develop.