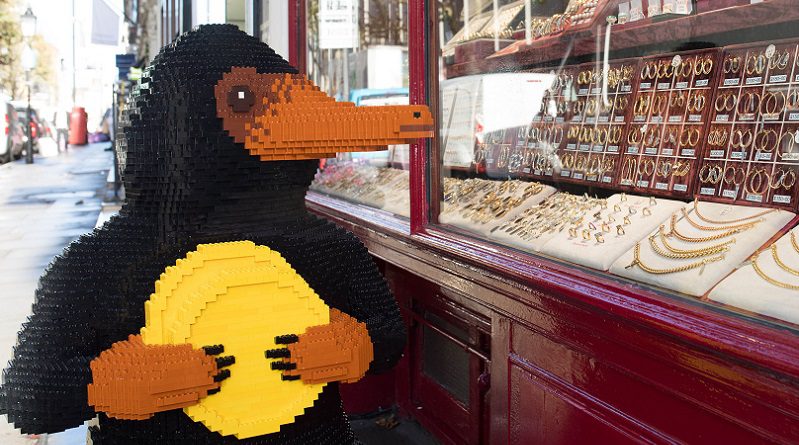 To celebrate the upcoming release of Fantastic Beasts: The Crimes of Grindelwald on home formats, Warner Bros. is giving away a rare LEGO Big Build Niffler.

When Fantastic Beasts: The Crimes of Grindelwald was released in cinemas, the LEGO Group and Warner Bros. teamed up to promote the film with giant brick built Nifflers. Now, with the Wizarding World of Harry Potter film about to be released on 4K Ultra HD, Blu-ray and DVD, one of those special one-off builds is being given away as part of a LEGO prize package.

As well as the Big Build Niffler, 75951 Grindelwald’s Escape (review) and 75952 Newt’s Case of Magical Creatures (review) are included in the prize package, that will go one lucky winner.

To be in with a chance of winning, visit the special Wizarding Wednesdays competition website.

If anyone reading Brick Fanatics is lucky enough to win, be sure to share a picture of your prize with the team on social media.

A range of new LEGO Harry Potter sets are rumoured to be released later this year, including an advent calendar.