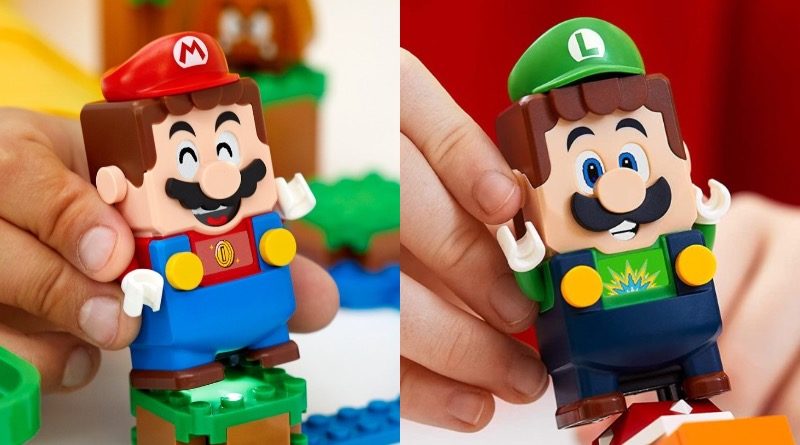 While the LEGO Group hasn’t revealed much about LEGO Luigi yet, we do know one thing: he’s got longer legs than Mario.

We’ve pulled out our copy of LEGO Super Mario’s current digital figure and carefully compared it with Luigi through very scientific methods, a phrase which here means ‘held it up to our computer screen’. And even just eyeballing it, we can clearly see that the figure included in the newly-revealed 71387 Adventures with Luigi Starter Course has both longer legs and a slightly taller head.

That means it’s not just Luigi’s moustache that sets him apart from his brother in LEGO form, and is also the first indication that the green-suited plumber could be about to bring something new to the table. After all, if the LEGO Group has already gone to the trouble of creating new body and head elements, what’s to stop it using Luigi as a springboard for the future of the video game theme?

But while Luigi’s longer legs – reflective of his in-game appearance – give him a subtle distinction from LEGO Mario, that doesn’t mean he’s strayed too far from the LEGO DNA imbued into the original figure. He still sports the same angled proportions, the same 1×1 round tiles on his dungarees, and presumably the same detachable hat.

That might rob him of his slimmer in-game figure compared to Mario, but at least he’s a bit taller. So, you know, he’s still got something going for him over his otherwise-way-more-iconic older brother, even in LEGO form.

71387 Adventures with Luigi Starter Course will launch in July. We’ll hopefully learn more about what the character has to offer in the months to come, but in the meantime, join us as we wildly speculate about future expansion packs and – hopefully – multiplayer gameplay.