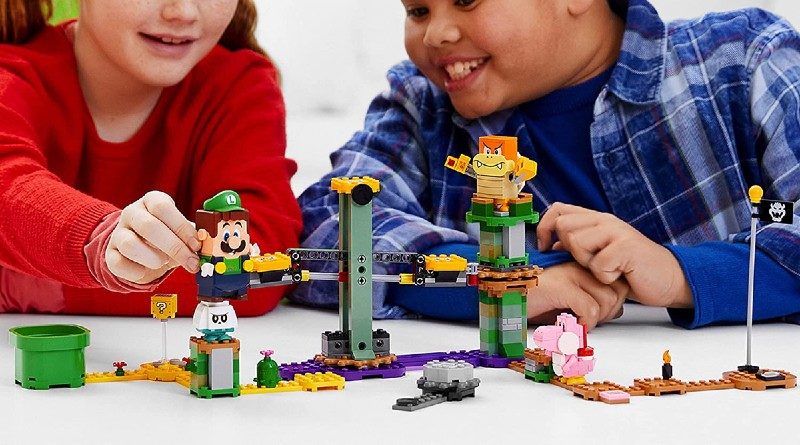 Mario will soon be joined by his brother Luigi as the theme’s second Starter Course has been unveiled thanks to a listing from the Chinese division of Amazon.

LEGO Super Mario 71387 Adventures with Luigi Starter Course includes the titular character in his dark blue and green overalls, along with three other characters in a 280-piece set. Several new obstacles are included, such as a rotating see-saw and the Soda Jungle Biome, as well as what appears to be a new medium nougat-coloured biome.

A pink Yoshi, Bone Goomba and new boss Boom Boom make up the cast in the model. As the second Starter Course of the theme, Luigi is included as a new controller, similar to how Mario works with the current sets. It’s not yet confirmed whether Luigi will bring any new features to the game, such as a multiplayer component, but we’ll keep you updated.

The arrival of the green plumber isn’t all that surprising considering that Mario was calling out for him earlier this week. Little did we know that foresight was apparently one of the platformer’s many skills.

You’ll be able to get your hands on 71387 Adventures with Luigi Starter Course starting July 9 for 420 Yuan, according to the Amazon listing. That translates to roughly £45 / $65 / €55 and it’s not currently known if it will be accompanied by any other Super Mario sets.