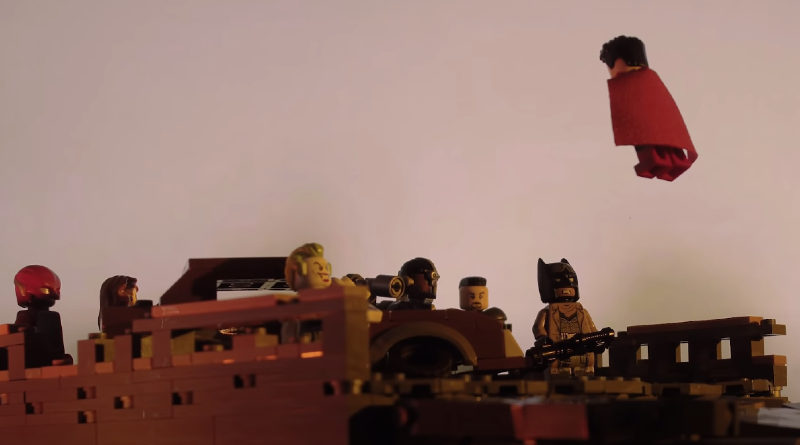 The DCEU’s bleak future has been recreated in a LEGO build inspired by Zack Snyder’s Justice League, with the remaining members of the team trying to survive in an apocalyptic future.

Zack Snyder’s Justice League has arrived, bringing a fresh interpretation of the 2017 movie. If you haven’t managed to watch all three hours of the film yet, then be warned that there will be some spoilers in this article.

The re-released superhero movie includes a peek into a possible future for the DC Expanded Universe, one where the Justice League failed in defending the Earth and Darkseid has ravaged the planet into the apocalypse.

Inspired by this scene, Hachiroku24 took it upon themselves to remake the possible future in a LEGO diorama. It’s not just the build itself that might catch your eye, but the minifigures have also been transformed into an apocalyptic form.

The ruined highway bridge makes use of LEGO tubes to show the dismantled road hanging from steel beams, while the scorched earth below keeps a consistently rough pattern.

The LEGO Group have acknowledged the Knightmare future before in an accessory pack, so that might be one way to recreate it for yourself. As for the other members of the superhero team, it might not be too hard to recreate their apocalyptic outfits, and even the original Justice League sets in which they appear aren’t outrageously expensive on the aftermarket.