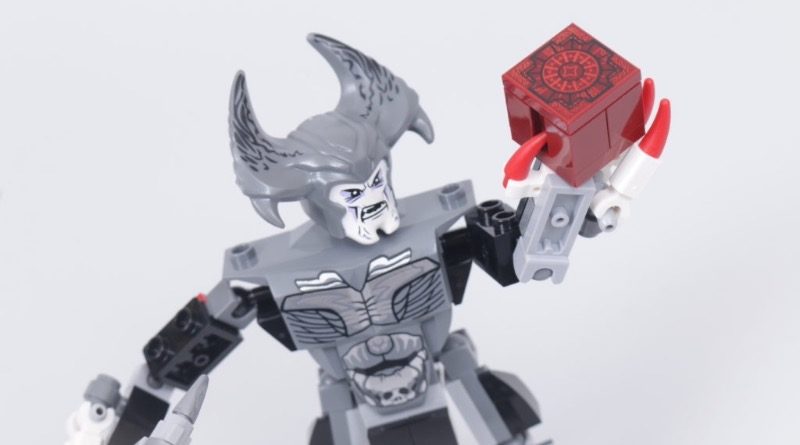 More than two years after they retired from production, the LEGO Group’s Justice League sets are actually pretty cheap on the aftermarket.

That should provide some small crumb of comfort to fans who are currently indulging in Zack Snyder’s Justice League and thinking, “Damn, if only we had LEGO sets based on this movie.”

In truth, the three sets the LEGO Group did release for the theatrical version of Justice League also hold up pretty well for Snyder’s HBO Max-exclusive four-hour cut. For all that the newly-wrangled superhero epic throws into the DC melting pot in narrative beats and character development, the fundamentals of the story remain fairly consistent with what we first saw on the silver screen more than three years ago.

That’s especially true of the vehicles, which were obviously the first port of call for the LEGO Group back in 2017. The armoured Batmobile, Flying Fox and Knightcrawler all still play pivotal roles in the Snyder cut, so 76086 Knightcrawler Tunnel Attack and 76087 Flying Fox: Batmobile Airlift Attack are both still totally relevant.

Happily, they’re also still pretty inexpensive on BrickLink, where you can pick up both sets well below their original price. 76086 Knightcrawler Tunnel Attack retailed for £54.99 in the UK, but the cheapest sealed copy is currently available for just £28.94 (plus shipping from Denmark).

76087 Flying Fox: Batmobile Airlift Attack, meanwhile, would have originally set you back £99.99 when it launched in August 2017 – but can now be sourced through BrickLink for less than £70. That’s a pretty good deal for a set that contains 955 pieces and six minifigures, two of which haven’t been released anywhere else.

The smallest set of that original Justice League wave also remains pretty accurate to Snyder’s vision, largely because the core of the movie still revolves around the Parademons attempting to recover the Mother Boxes. 76085 Battle of Atlantis recreates Aquaman and the Atlanteans’ attempts to prevent the bad guys from liberating their Mother Box, with four minifigures and a slice of scenery that originally retailed for £19.99.

A sealed copy can now be yours for just £8.62 from BrickLink, which represents astonishingly good value for what’s in the box. And it means that like its two thematic siblings, 76085 Battle of Atlantis has actually depreciated on the aftermarket – a real rarity for any retired LEGO set.

These three models aren’t totally comprehensive where Snyder’s final retooling of Justice League is concerned, of course. (Spoiler alert!) Joss Whedon’s decision to keep Superman’s red and blue costume in the original theatrical cut means we don’t yet have a black-suited Kal-El, for instance, while we’re probably never going to see the full roster of secondary characters (such as J.K. Simmons’ Commissioner Gordon).

Still, the broad strokes are all there – and they’re all very cheap. It’ll be interesting to see whether their prices rise off the back of Zack Snyder’s Justice League, but if you fancy diving into three sets that – like their source material – were once much maligned, but may now have been redeemed, you won’t need to break the bank to do so.