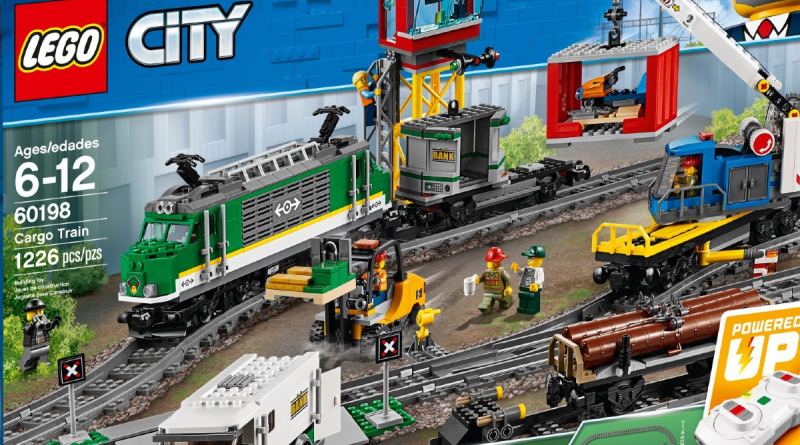 The LEGO CITY theme regularly introduces new trains into its product collection, which perform both freight and passenger duties. This train is focussed on cargo, and comes with many compelling play features.

In addition to a diesel locomotive, the set includes a pair of freight wagons and a mobile crane. There’s also an armoured truck, a control centre with a working signal and – of course – a large loop of track, complete with siding.

The set comes with a train motor, a battery box and a remote control when you’re ready to drive the train. These elements are part of the Powered UP line, which uses Bluetooth to interact with LEGO models.

This means the set is compatible with this year’s LEGO trains – and can even be controlled via a smartphone, loaded with the LEGO Group’s Powered UP app. Using the app unlocks additional features, such as sound effects.

With a new LEGO cargo train on shelves, it seems likely this one will soon be trundling off to make room. As such, now is a great time to pick it up.

When you buy from Zavvi, you can expect to pay £1.99 for delivery. US LEGO fans can also buy from the site, although they pay £3.99 instead.