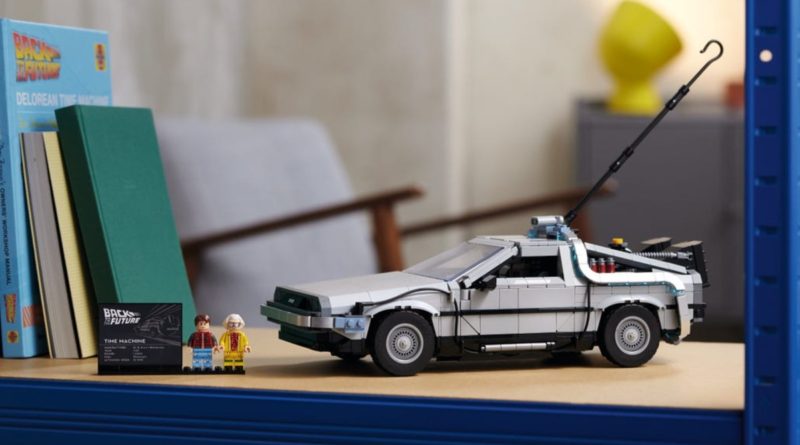 10300 Back to the Future Time Machine proves that 3-in-1 models aren’t limited to LEGO Creator 3-in-1, offering possibilities for other themes.

On April 1, 2022, a brand new LEGO Back to the Future set will launch. Official images of the set and its box reveals that the LEGO Group has classified the modification of the base DeLorean build to match appearances in the three movies as a 3-in-1 function.

This is represented with a logo, indicating that the design could have been made ready to appear in future sets, where such a function is necessary or would otherwise fit.

3-in-1 LEGO sets are nothing new, as much of the Creator offerings all share the feature, even being included in the name of the theme – Creator 3-in-1. However, this is a rarity in the modern LEGO catalogue as the function is uncommon outside of the theme.

While 10300 Back to the Future Delorean is part of LEGO Creator Expert, which has renamed LEGO for Adults but is still named as such on the official online store, it is notably bigger and more complicated than the others, yet is still referred to as a 3-in-1 set even though assembled modules are only being attached to the module.

This updated definition of a 3-in-1 LEGO set opens up plenty of possibilities for future creations, and might add to the value of purchasing a second copy of a set, as it’s easy to imagine many will do for 10300 Back to the Future Time Machine.

You can pick up one or more copies of the creation from April 1, 2022, as we await to see where else the 3-in-1 feature could appear outside of LEGO Creator 3-in-1.