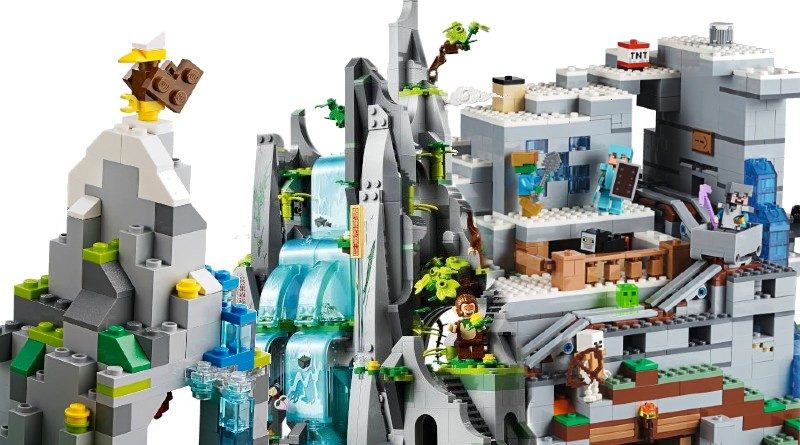 Following the reveal of Monkie Kid 80024 The Legendary Flower Fruit Mountain, Brick Fanatics is compiling the best LEGO mountain sets in a brick version of the Three Peaks Challenge.

Mountains are massive portions of the Earths crust, raised from the ground and present a challenge to anyone brave enough to climb them. A popular trio of mountains in the UK make up the National Three Peaks Challenge, but there is a trio of LEGO sets that can be argued to match these peaks in challenge and awe.

The real-life challenge is made up of three mountains in three different regions, Scafell Pike in England, Snowdon in Wales and Ben Nevis in Scotland. To mirror this, the LEGO trio is chosen from three themes.

First up is the easiest mountain to conquer, and a good choice for beginners. Creator 31025 Mountain Hut released in 2014 for £34.99 / $39.99 / €39.99 and presented a wooden hut next to a short but steep mountain. At the peak sits a Bald Eagle, marking the goal for climbers to reach. One enthusiast prepares for the climb with a helmet and pickaxe, he’ll just need to watch out for the waterfall and running stream. Those who might finish the build quickly then have a choice of two other mountainous models to conquer, via a simple rebuild.

Next is 80024 The Legendary Flower Fruit Mountain from the Monkie Kid theme. As the newest mountain of the LEGO Group’s growing range, it’s challenges are mostly unknown and perfect for explorers. This 1,949-piece set will still prove a tough climb for minifigures as the local monkey residents may choose to help or hinder any visitors. This mountain also features a running waterfall, as well as a layer of clouds, to show just how high in the sky this build truly is.

Finishing the trio is the biggest build of all, and one that will require a great amount of stamina and patience to conquer. 21137 The Mountain Cave is the largest set of the Minecraft theme and the biggest peak that the LEGO Group has yet to produce, beating 80024 The Legendary Flower Fruit Mountain by 914 bricks. Minifigure climbers have a few options for scaling this model, from an interior Redstone-powered elevator to the enemy-filled path through the forest and to the very top. This Minecraft set released in 2017 for £259.99 / $249.99 / €249.99.

These are just a few sets of the LEGO Group’s mountain range but could prove a good challenge for minifigures to climb or fans to build. While two of the models have already released and are now only available on the secondary market, Monkie Kid 80024 The Legendary Flower Fruit Mountain has only just been revealed and is expected to release at some point this year.

Honorary mentions and two other good mountain sets for fans are 41432 Alpaca Mountain Jungle Rescue from LEGO Friends and 71722 Skull Sorcerer’s Dungeons from LEGO NINJAGO. With these and the upcoming Monkie Kid set, fans can still challenge their own LEGO Three Peaks Challenge. 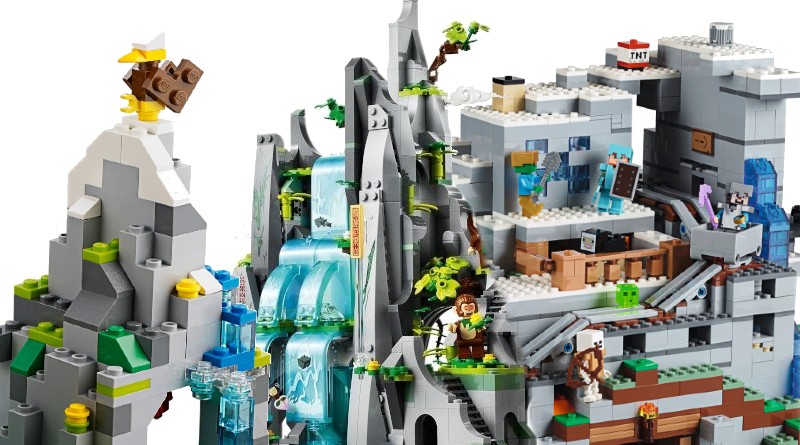