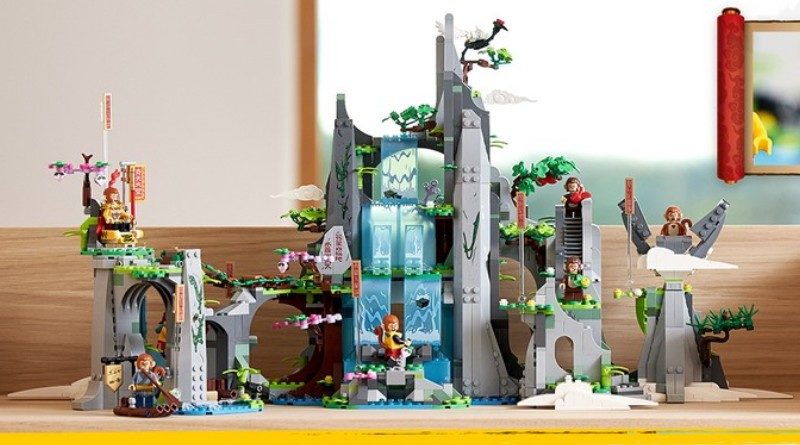 More of the 2021 sets for LEGO Monkie Kid have been revealed, giving fans an idea of how these new builds will follow the story of Season 2.

The second season of LEGO Monkie Kid has only just been announced, but now a Taiwanese retailer has revealed six more sets coming to the theme later this year.

Momoshop uploaded images of the new models to its website, showcasing the six new sets including 80018 Monkie Kid’s Cloud Bike. The 203-piece set comes with three minifigures and two motorbike builds, one with a transforming function.

80019 Red Son’s Inferno Jet is next and includes a large flyer build with three minifigures over 299 pieces. Interestingly, this is the only set of the upcoming wave to include the bull enemies instead of the new Spider-themed villains. It’s also the smallest set to feature Red Son, making a good opportunity for collectors to grab the fiery character

80020 White Dragon Horse Jet comes with 565 pieces with a new jet for Mei, a villainous vending machine and more. Three minifigures are included in this model with Mo the cat taking part in the fight for good measure.

A trip to the arcade is next with 80021 Monkie Kid’s Lion Guardian featuring an arcade, Lion, and the Spider Queen on a six-legged walker. Five minifigures make up this set with the Spider Queen making her first of two appearances in the wave.

80022 Spider Queen’s Arachnoid Base is massive walking HQ for the Spider Queen with 1,170 pieces making up the build. The base also features an interior at the back and comes with six minifigures, of course including the Spider Queen and a new outfit for the Monkey King.

A huge playset finishes the list with 80024 The Legendary Flower Fruit Mountain clocking in at 1,949 pieces. This set portrays the legendary mountain and includes a few exclusive monkey minifigures with eight overall making up the model.

There is no word on when these sets will be available but with Monkie Kid Season 2 just around the corner, a release could be coming soon. Either way, Monkie Kid will also have at least two other sets joining this wave with 80023 Monkie Kid’s Team Dronecopter and one other model.